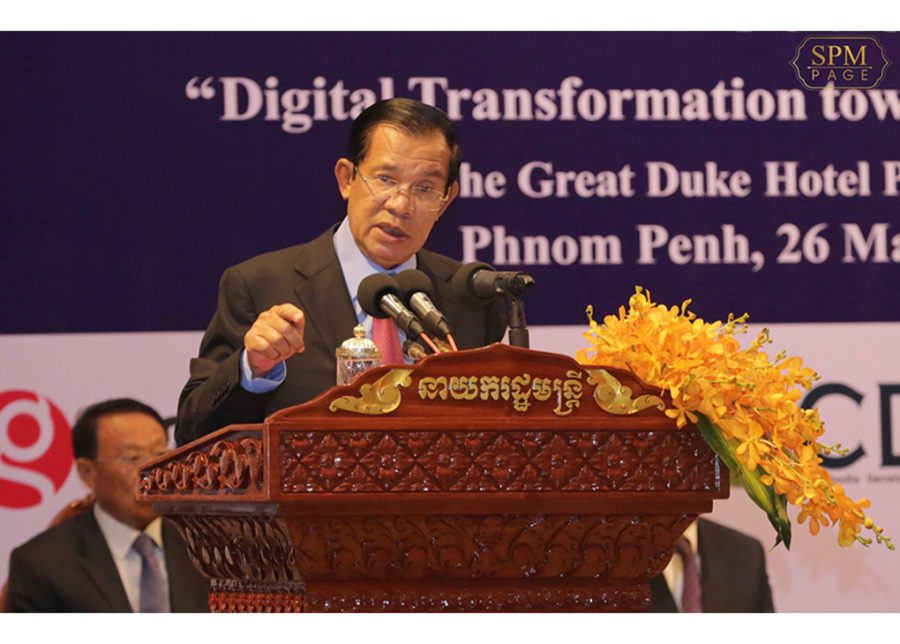 The wishes of the international community are not Cambodian government policy, Prime Minister Hun Sen reiterated in a speech on Tuesday in response to the EU’s ongoing criticism of last year’s national election.

Hun Sen repeated a frequent complaint that the EU was focused only on Cambodia, giving a pass to neighbors such as Thailand and Myanmar that also meddled in their elections.

Last week, several government ministers met with a delegation from the EU, which has begun a process to suspend preferential trade with Cambodia over the dismantling of the country’s political opposition.

The Foreign Ministry issued a statement during the visit saying Cambodia would continue to cooperate with the EU to promote human rights and strengthen democracy and the rule of law. It also said preferential trade with the EU was important for the economy and Cambodian workers.

“We, as a civil society, only request that, first, the national interest must be considered,” Sam Ath said. “The national economy has a big effect on people.”

Political analyst Hang Vitou said the deteriorating relationship with the U.S. and EU would make it harder for Cambodia to compete economically with other countries in the region.

“For any issue that seriously affects the national interest, the government cannot make the decision alone,” Vitou said, suggesting a public referendum on whether the government should comply with the EU’s demands. “Whatever the people decide, we have to follow, based on the majority.”