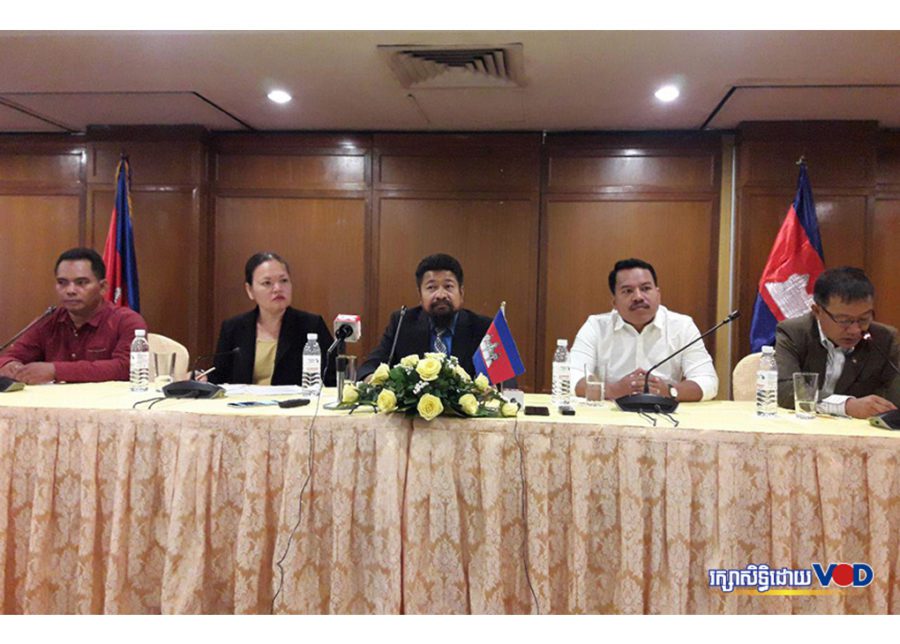 Six former Cambodia National Rescue Party (CNRP) officials who requested the restoration of their political rights from the government say they will still lobby for their former party and work for the release of opposition leader Kem Sokha.

At a press conference on Monday, former CNRP lawmaker Ou Chanrath said that despite breaking with the orders of the party’s leaders by asking the government for “rehabilitation,” they would negotiate for Sokha’s release from house arrest and demand the return of all confiscated seats to the dissolved opposition party.

The Supreme Court dissolved the CNRP in November 2017 for reputedly plotting to overthrow the government and banned 118 of its members from politics. Nine have since applied for – and been granted – reinstatement of their constitutional rights, a move criticized by former leader Sam Rainsy as effective betrayal.

“We will do diplomatic work in some countries to lobby the embassies to intervene, and have Khmer-to-Khmer talks for the release Kem Sokha and we will create a program to support his family,” Chanrath said at the press conference.

Apart from the six officials represented at the conference — Chanrath, Kang Kimhak, Chiv Kata, Tep Sothy, Chan Seyla, and Sim Sovanny — three other former opposition officials, Real Camerin, Kong Korm and Kong Bora, have also had their political rights reinstated by the government upon their requests.

Prime Minister Hun Sen has warned those banned in the November 2017 ruling not to take part in any political activities or else risk heavy-handed treatment. In a speech at a graduation ceremony on Monday, he also warned that even the reinstated opposition politicians should still not mention the opposition party.

“They have the right to be involved in politics and meet their supporters but be clear that they should not conduct any activity in the name of the party that has already died,” Hun Sen said, warning against politicking in the name of the CNRP.

“They can have activities that gather former supporters in any form except in the form of the one that is dead,” the prime minister said. “It will not be reborn.”

Em Sovannara, a political analyst, said the officials might effectively push for the release of Sokha. But he said seeking back confiscated seats or the return of the CNRP would be a fruitless endeavour that Hun Sen would immediately reject.

“Those who have been reinstated to politics can request the freedom of their party’s president – the leader’s release is something [the government] could respond to,” Sovannara said. “But the government and ruling party will not respond to reinstating the party.… I think that is impossible.”