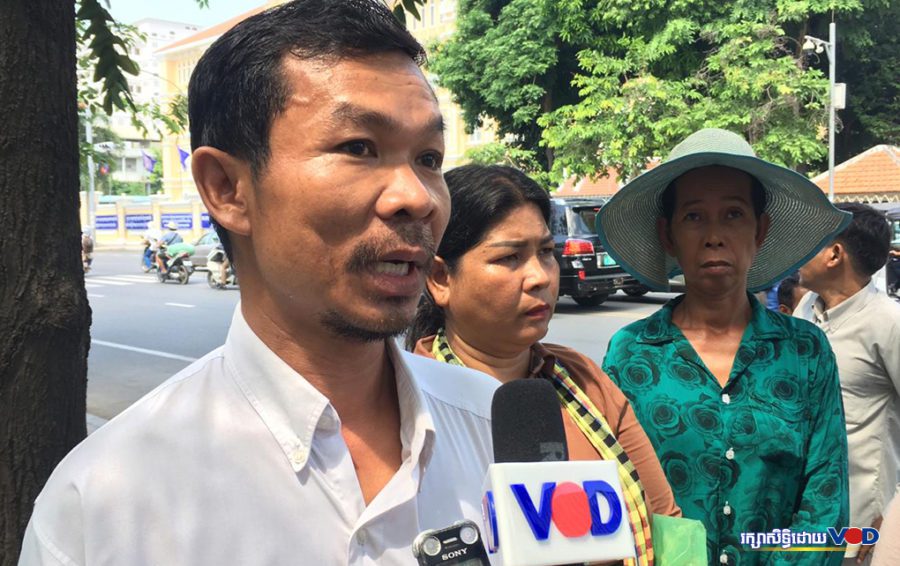 Phnom Penh residents being moved to make way for railway expansion met with City Hall on Thursday complaining their houses were falling into disrepair waiting three years for relocation.

Representatives said 343 families were affected by the railway development, many of them in Russei Keo district’s Tuol Sangke commune.

Phnom Penh governors since 2016 had promised new land for the families — initially for plots of 4 by 15 meters, said Long Chandy.

“But so far, we don’t know where the locations for the exchange really are, and that makes people worried,” Chandy said.

Sim Virak said people were happy to move for a fair deal.

“Our people are willing to make concessions to City Hall in order to get that [project] underway,” Virak said.

But they did not want land next to trash heaps, he said, preferring a location in the same area.

Keo Vatha added that residents had put off repairs to their condemned homes during the three-year delay.

“People’s houses are in decay,” Vatha said. Without a clear timeline, residents were stuck in limbo, he said.

Phnom Penh Governor Khuong Sreng said he was too busy to comment.

However, after the meeting at City Hall, the residents’ representatives said officials had promised clear action starting on Friday, and that the families should return if no progress was made.

“That is why people are always worried,” Sam Ath said. “If the Phnom Penh municipality can show a clear solution, it will make people believe, feel at ease and accept [the situation].”