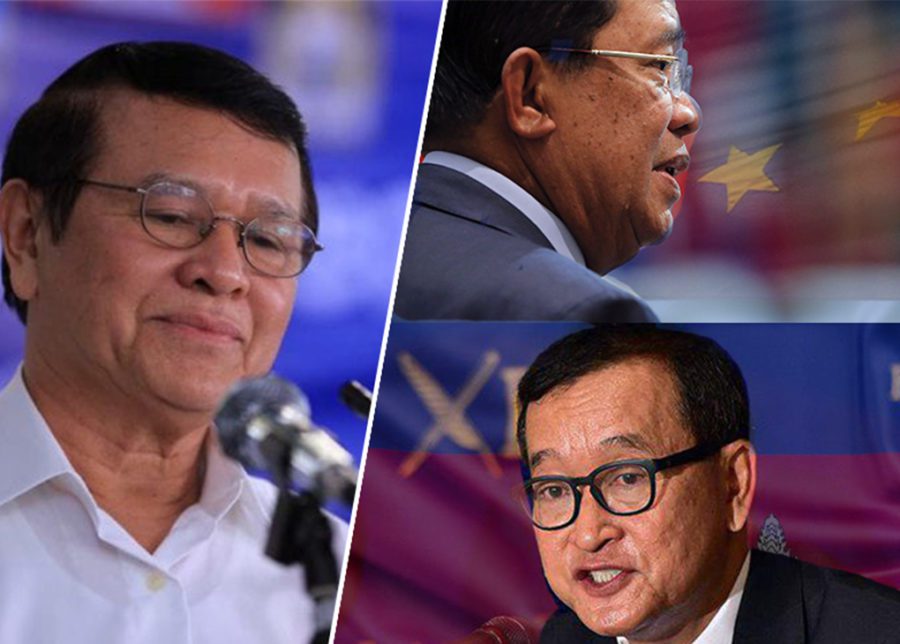 Amid a looming deadline for banned opposition officials to seek clemency from the government, former CNRP leader Sam Rainsy claimed the prime minister was engaging in “psychological warfare” amid his supposed “panic” due to international pressure.

Rainsy, who is in self-imposed exile in France, wrote on his Facebook page that Prime Minister Hun Sen and his inner circle were spreading lies that CNRP co-founder Kem Sokha intended to apply for the reinstatement of his political rights and to create a new party.

Rainsy has repeatedly characterized those who would seek reinstatement as betraying the opposition so long as Sokha remains under house arrest. Rainsy himself has been convicted of several charges, including defamation, leading him to flee the country in November 2015.

“Because Hun Sen is in a state of panic, he has told everyone lies that Kem Sokha wants to apply for political rehabilitation from him,” Rainsy wrote on Wednesday. “Hun Sen made up this propaganda to persuade the international community that there is no need to restore the CNRP because Kem Sokha wants to create a new party. This is just psychological warfare.”

The CNRP, which narrowly lost to the ruling CPP in the 2013 general elections, was dissolved in November 2017 over allegations that it was plotting to overthrow the government.

The fragility of the CNRP’s unity as an alliance between Rainsy and Sokha has at times been on display since the party was banned but Rainsy has repeatedly accused Hun Sen of trying to create friction between the two and break up the party.

Hun Sen has said the blame for any potential breakup of the CNRP would not be on his hands and repeated the message during a university graduation ceremony in Phnom Penh on Thursday. He said that the apparent internal fissures within the banned opposition party were due to the inabilities of its leaders, who he said could not keep a grip on party affairs.

“You say that Hun Sen is breaking up [the party]. By saying this, you are insulting yourself. It’s not insulting Hun Sen,” Hun Sen said.

Political analyst Em Sovannara said it was clear Hun Sen was playing a part in trying to weaken the CNRP. But he said that the party’s leaders were also aware their collective future successes were still tied to their ability to continue as an alliance of two halves.

“If the opposition party’s politicians, Mr. Sam Rainsy and Mr. Kem Sokha, reach the point of breakup in the future or develop into two different parties, they will have lost their voices and a chance to win against the ruling party,” Sovannara said.

Sokha was arrested in September 2017 and charged with treason, two months before the Supreme Court dissolved the CNRP and banned 118 of its members from politics for five years.

Nine opposition officials have applied for reinstatement under special laws enacted in December, and have already been approved by either King Norodom Sihamoni or acting head of state Say Chhum. Hun Sen has said that the deadline to apply for reinstatement would be the Khmer New Year, next month.