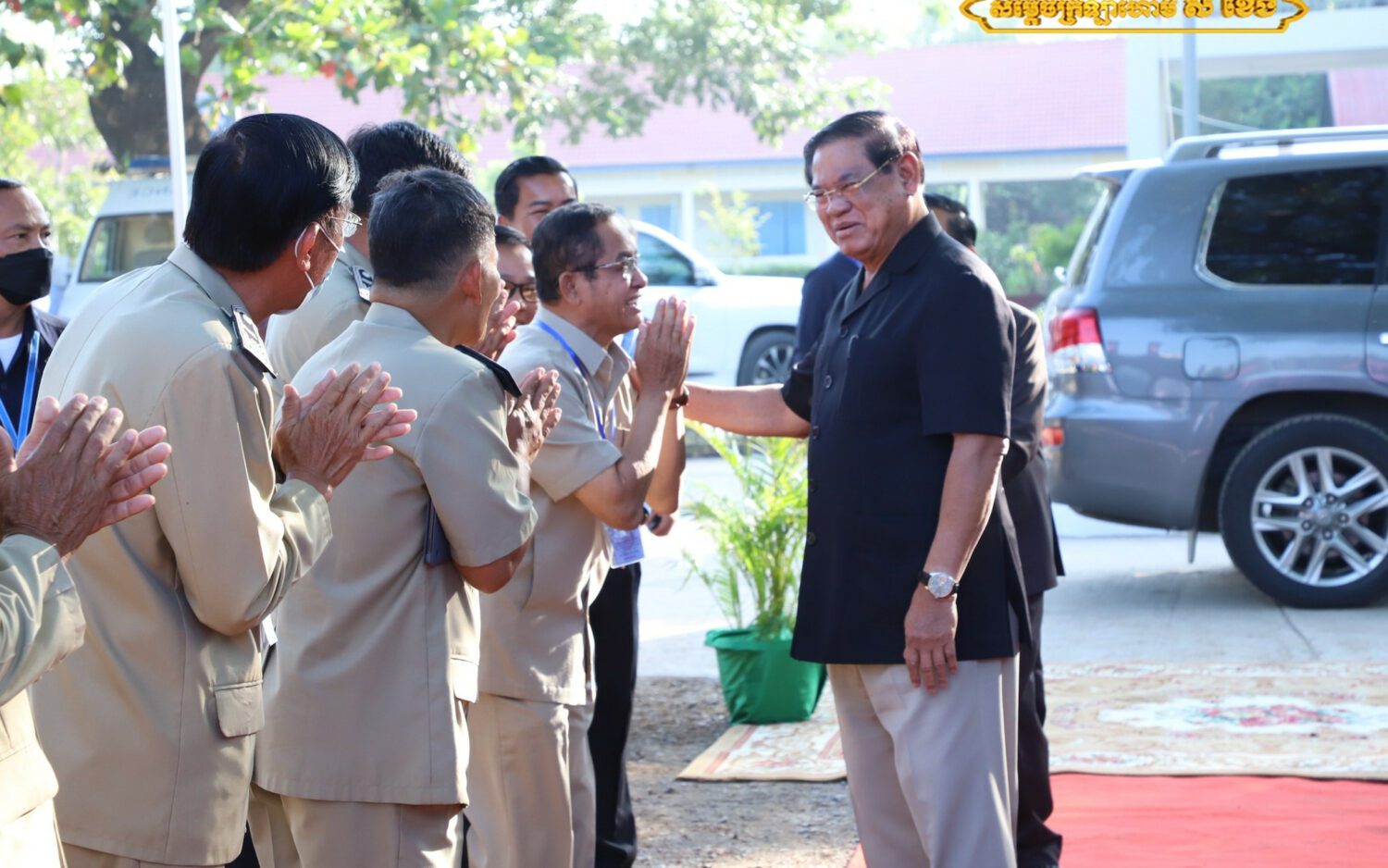 Interior Minister Sar Kheng acknowledged that the syndicates trafficking workers into Cambodia also appear to be conducting fraud, alluding to operations that have been revealed for months in media reports.

Speaking at the opening of a high school in Battambang’s Phnom Sampov commune on Wednesday, Kheng said Cambodia has been used as a base for operations conducting fraud, adding that trafficking and scam operations have existed in Cambodia for “so long now.”

“Now [among] the forms of human trafficking, there are so many weird forms, and it’s called a nontraditional crime, but it has been going on so long now that it’s almost turned into the traditional form crime,” he said. “Human trafficking has so many tricks so that we cannot understand all of them.”

When the government began its raids on foreign workers, officials initially labeled the industry broadly as “online gambling,” despite dozens of local and international media reports detailing scam operations targeting marks outside Cambodia. Kheng said last month that officials “do not understand” the technology used by these companies while still calling the industry online gambling.

Other officials, including the Malaysian ambassador in Phnom Penh, have suggested Cambodia has been a base for trafficking and scam operations for years.

Officials had caught 100 suspected “masterminds” and other traffickers, and some companies had been shuttered, Kheng said.

Following most raids to release workers, officials denied finding any evidence of human trafficking or other crimes and said employees worked “normal jobs.”

Kheng urged detained workers to continue submitting complaints to his office, and noted that local officials still have more work to do.

“Especially in [Preah] Sihanouk province, it has not ended yet. You should not consider that we have finished our duty. It is not like that,” he said. “Sihanouk [government] still has obligations and lot of work needs to be done to continue to clean up and somehow to make this Sihanouk province to be a clean province, because we have invested hugely in Sihanouk so the Sihanouk administration must be responsible and protect the investment of the government to attract legitimate investment from overseas.”

Workers told VOD in September and October that bosses had been transferring their operations to new locations in Cambodia amid police raids, while others appear to be moving into Myanmar and Laos.