Sar Kheng Advocates for Reform of the Courts 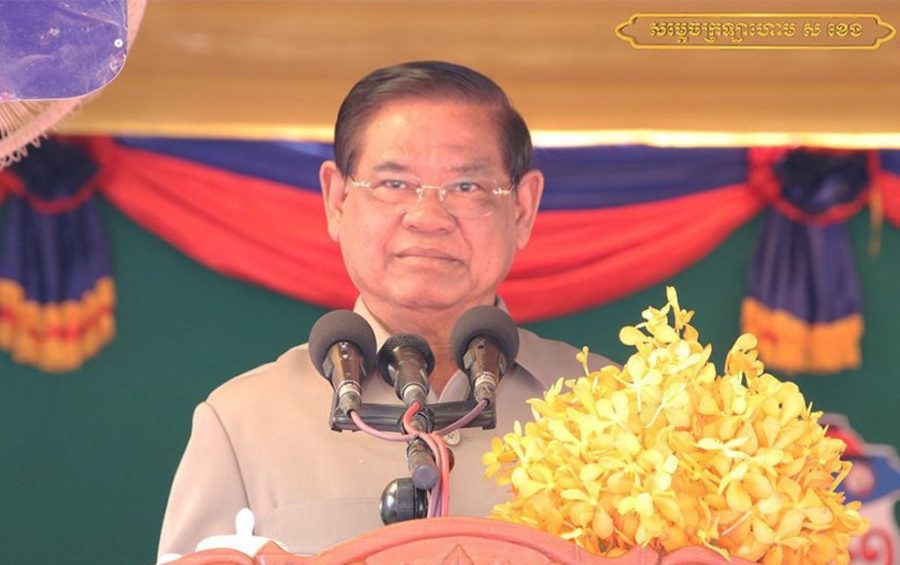 Interior Minister Sar Kheng on Thursday called for reforms in the country’s judiciary, which has been ranked among the worst in the world in terms of corruption and government influence.

Speaking in Battambang province to mark 41 years since the overthrow of the Khmer Rouge, Kheng said injustice causes divisions in society, making it imperative to improve the court system.

“This is an important objective. We must do judicial reform,” Kheng said.

Justice Ministry spokesman Chin Malin said he agreed with Kheng remarks, and the ministry would keep working hard to improve.

“The ministry has done a lot so far, but it’s still not enough,” Malin said. “The ministry still faces many challenges. This reform must continue and will not stop. We must do better than before.”

But he said judicial reform could not proceed according to a fixed timeline, as it was different from other government activities like building bridges and roads.

In 2017, the country’s opposition leader, Kem Sokha, was arrested for alleged treason and his CNRP dissolved by the Supreme Court at the government’s request. Party members have criticized the judicial decision as political. Last month, Sokha’s trial was finally scheduled for January 15, more than two years after his arrest.

The Supreme Court’s president, Dith Munty, is a member of the ruling CPP’s permanent committee.

Am Sam Ath, monitoring manager at human rights group Licadho, said the courts had long been influenced by politics.

“We’ve created impunity in our society, which has pushed away [true] justice. It would seem to have had a devastating effect on our society,” he said.