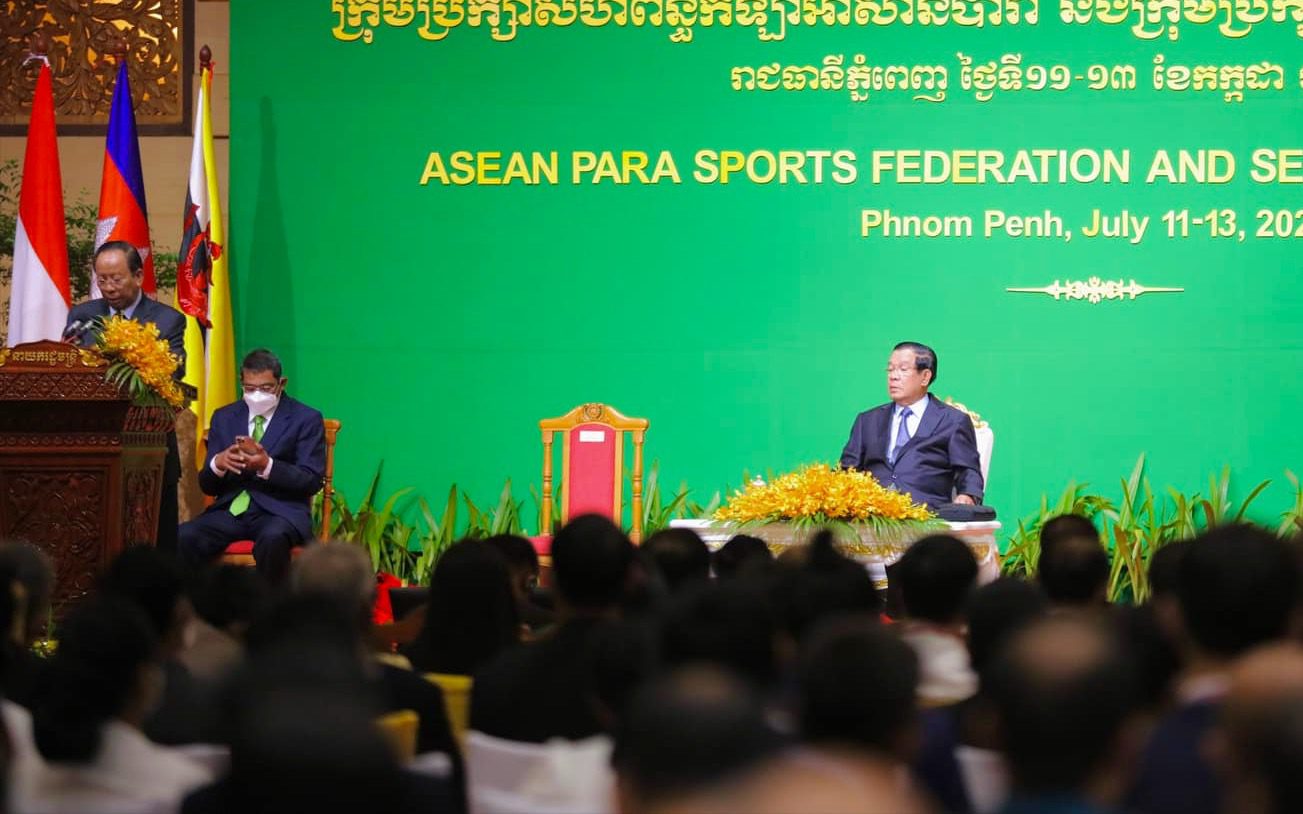 Government leaders spoke of high expectations as Cambodia hosts the Southeast Asia Games for the first time next year, including a suggestion of delaying Khmer New Year school holidays to allow students to volunteer for the occasion.

Speaking on Monday while presiding over a meeting with regional sports federations, Prime Minister Hun Sen spoke of preparations for opening and closing ceremonies, fields, facilities, accommodations and transportation. There are 297 days left until the games are scheduled to begin on May 5.

“Cambodia will have waited for 64 years before becoming the host of the SEA Games and Asean Para Games in 2023,” Hun Sen said, referring to the first games in 1959. Cambodia was slated to host the 1963 games, but the event was canceled.

He said Cambodia had missed opportunities to host the games in the past, and now wanted to ensure a smooth event.

Hun Sen also asked the Education Ministry to look into the possibility of delaying the post-Khmer New Year school holidays next year — which usually runs for about a month from mid-April — so students are available to participate in volunteer work to support the games if they want.

He suggested the holidays instead start on May 18, the day after the games end.

At the same event, Deputy Prime Minister Tea Banh, who is also defense minister and chairman of Cambodia’s SEA Games Organizing Committee, said he considered Cambodia as opening a new historical chapter as it moved toward hosting the SEA Games for the first time. Opportunities during the previous 64 years had been lost due to political instability, Banh said.

In addition to infrastructural developments, the training of national athletes and referees and the recruitment of participants was ongoing, Banh said.