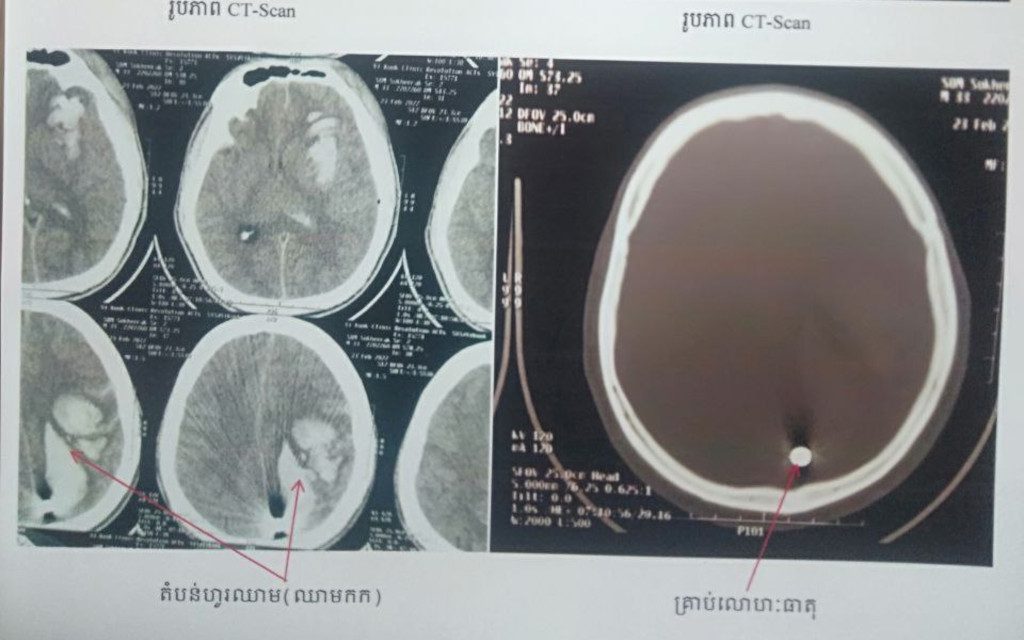 Battambang police are investigating three officers accused of trying to persuade a shooting victim’s family to accept a “funeral donation” from potential suspects in exchange for closing the case.

Provincial police chief Sath Kimsan on Friday confirmed the investigation into provincial serious crimes bureau director Kor Sun Kaing, bureau deputy Lam Lan and a third official. The victim’s family did not know the full name of the third officer, and Kimsan did not provide it.

Her brother was there with suspects she only knew by their village names of “Chhoeut” and “Pros,” Sophea said.

During a night of drinking, Sokemarak was shot in the left eye with an air gun and was rushed to the provincial hospital, about 100 km away. He died two days later from the injury.

Chhoeut and her brother often went into the forests with the guns, and Sophea believed there was argument among Pros’s staff in the days before the incident.

District police came to investigate four days after the shooting, only after she called, and confiscated one of Chhoeut’s air guns, Sophea said. Blood had been cleaned from the scene, she said.

Commune police had told her that her brother had shot himself and “why do you cause trouble?” District police said the suspects had taken her brother to the hospital after the injury so they were unlikely to be the killers, according to Sophea.

On March 5, she filed a complaint with the provincial police for further investigation. After some questioning, she was asked about a month later about accepting money from the suspects as a donation for funeral expenses and dropping the complaint. Police officials initially suggested $1,000 before raising the amount to $1,500.

“They asked us to remove our complaint, and told me I needed to call [relatives] and make a decision now,” she said.

The provincial officers had told her there was no clear evidence so a court trial would be a “waste of time,” she said.

“The police bullied us,” Sophea said. They would refuse to say “compensation,” and “would only mention a ‘funeral donation.’ … I could not accept it.”