Social Security Expanded for Informal Workers, if They Can Register 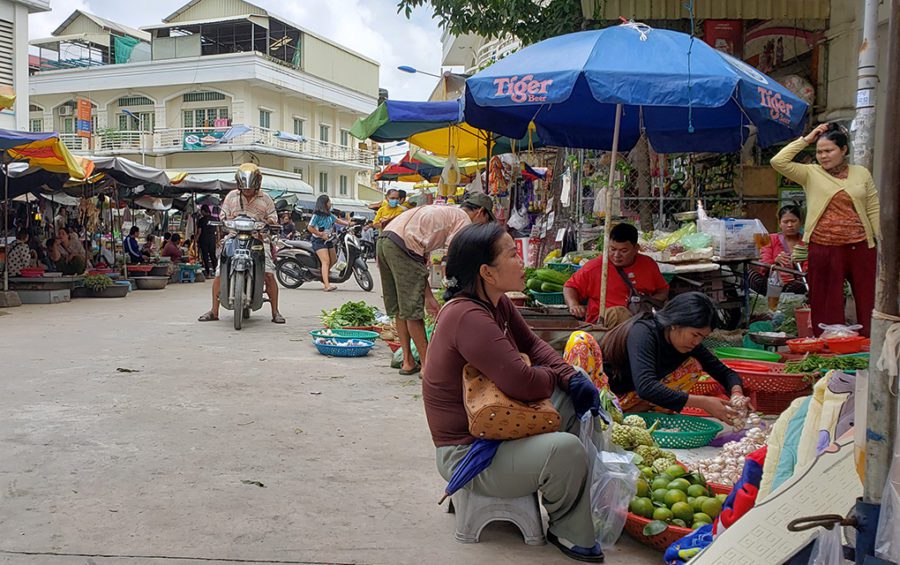 Informal workers will be able to receive free medical care by signing up for the National Social Security Fund, the government said this week, though questions remained about how accessible the registration process was.

Registration will go through associations licensed with the interior or labor ministries, and workers must have a national ID as well as a certificate of occupation and residence issued by provincial or municipal authorities, according to the Labor Ministry’s instructions.

Those who manage to sign up will receive an NSSF card entitling them to free medical care and maternity support, the ministry said in its Monday statement.

Chim Vy, 52, in Phnom Penh’s Chbar Ampov district, said both he and his wife were construction workers, and had already begun the registration process.

“I want all construction workers to get it,” Vy said. “We cannot see dangers coming in advance, and it will help reduce expenses if we have an accident and need to stay at the hospital.”

Yann Thy, secretary-general of the Building and Wood Workers Trade Union Federation, welcomed the announcement, but said he was concerned that it could be difficult for workers to get certificates from provincial authorities.

Allowing commune authorities or the ministry to also provide confirmation of people’s work and residence would help, he said.

His union had about 10,000 members, and they were working to collect documents to register all of them for NSSF, he said.

However, it was unclear how much access people in more unorganized lines of work would have to the program.

Vorn Pov, president of the Independent Democracy of Informal Economy Association, said his union had 15,000 members, mostly transport workers such as tuk-tuk drivers. They were also working on registering for social security.

But other types of workers would have a hard time getting certified, or even proving where they live as part of the process, Pov said.

“Like some scavengers, they only rent houses, so will they be able to get the confirmation?” he asked.

Thach Roeun, 35, a papaya salad seller in Phnom Penh, said he had heard about the program, but he did not belong to any association and did not know how to get the card.

He rents a room in Toul Kork district with his family, but doesn’t know if he can get a proof of residence, he said.

Roeun said free medical care would help his family out. Currently, they try to avoid going to the hospital due to costs, and buy their own assortment of medicine when they are sick, he said.

“It will be safer than getting a mix of medicine outside,” he said.

The government’s IDPoor program, which also offers free health care to people registered as low-income, would be another option, but Roeun said he was unclear about how to access that as well.

He would very much welcome any organization or association helping him register for the cards, he said. Many in his neighborhood could use the same help, Roeun said.

Another street seller, Ly Vuthy, 25, said he hoped the process would become easy for poorer people. He also lacked a residence certificate and did not belong to an association, he said.

Vuthy, who sells drinks from a motorbike trolley, said he didn’t care much about health care before, but had recently become a father. An NSSF card would benefit his family, he said.

He had heard that health care providers prioritized people paying for their treatment with money over those with NSSF cards, but also that the situation was improving, Vuthy added.

“I want them to pay attention to the poor people like the rich people,” he said.

Neither Labor Ministry spokesperson Heng Sour nor NSSF spokesperson Cheav Bunrith could be reached for comment.