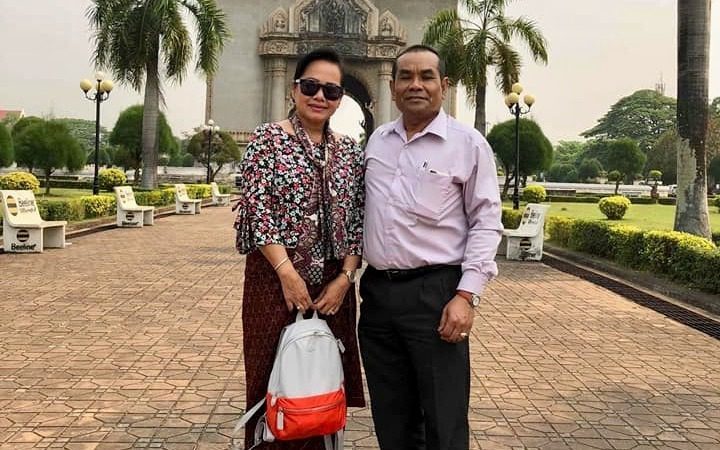 Another former opposition member has asked the Interior Ministry for political amnesty, according to a letter seen on social media, taking her husband and former CNRP lawmaker Men Sothavarin by surprise.

Ung Sovanna, who was the deputy head of the CNRP’s women’s movement, sent a letter to the Interior Ministry on January 27 requesting a return to politics. She was one of the 118 CNRP senior members who were banned in 2017 from the political arena by the Supreme Court.

Her letter circulated on social media and has a Interior Ministry stamp on it, confirming receipt on January 28.

“Within this period of more than four years, I have fully followed the Supreme Court’s verdict and I want to get full political rehabilitation again before the deadline, in order to participate in serving society and country as general people in line with an effective Constitution,” Sovanna wrote in the letter.

Interior Ministry officials Khieu Sopheak and Bun Honn said they did not have information about Sovanna’s letter. Sovanna did not respond to requests for comment on Thursday.

Her husband Men Sothavarin said he was surprised to see the letter, and did not support her decision. Still, he said he knew she wanted to rejoin politics and work with the Candlelight Party, which was previously led by Sam Rainsy.

“It is her right because she said she will not wait for the CNRP,” he said. “And frankly, Mr. Kem Sokha has done nothing,” he said, referring to the former CNRP president who is standing trial on treason charges.

He said he did not plan to request amnesty and is committed to resurrecting the CNRP, a fight he will continue from overseas.

Sothavarin lives in France and said his wife had been shuttling between there and Cambodia.

Sothavarin was convicted in March 2021 for an attack against the state, along with eight other senior CNRP leaders, and sentenced to 20 years in prison and fined around $42,500. He is also part of a mass trial underway in a Phnom Penh court where 60 defendants have been charged with incitement and plotting.