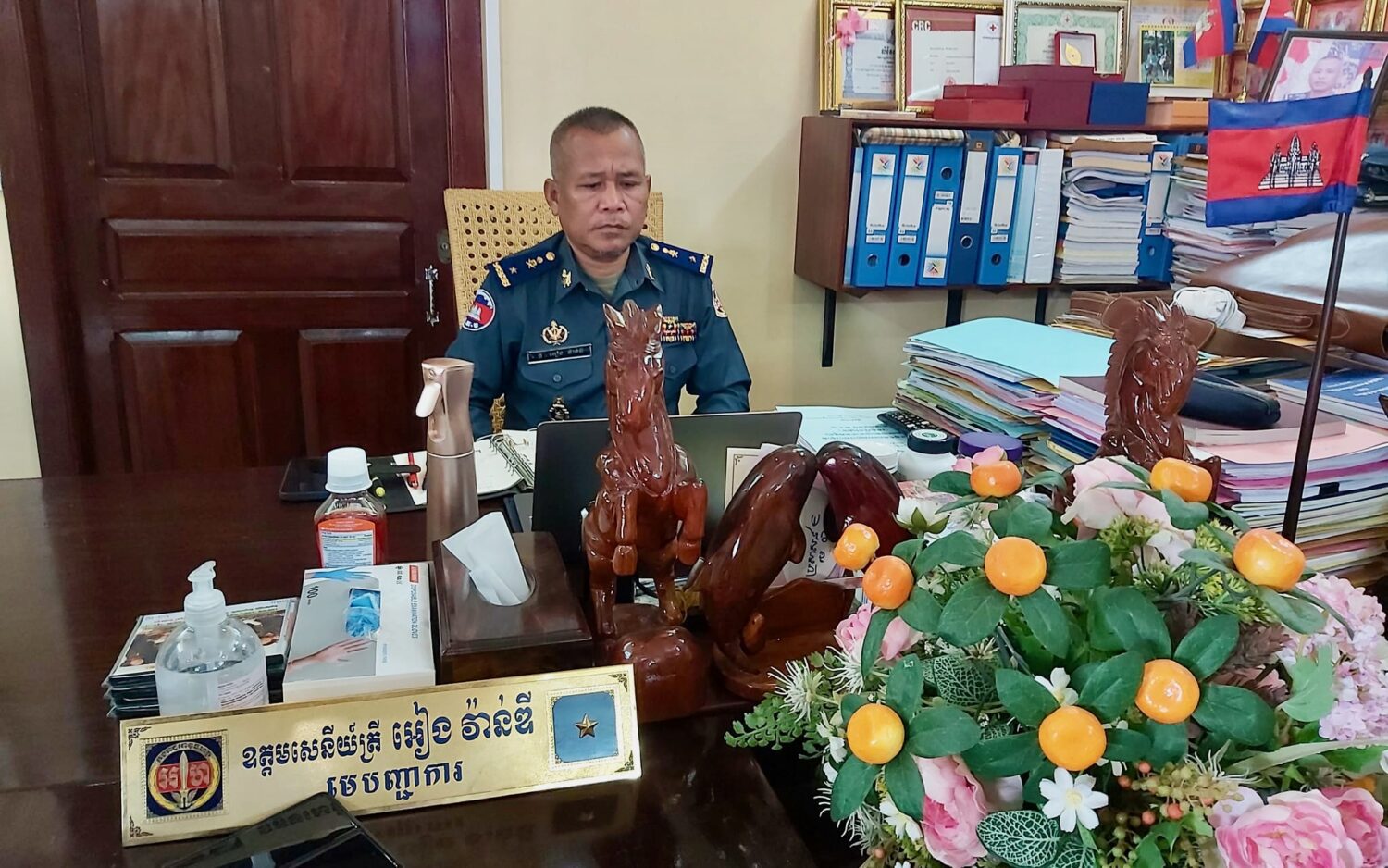 A mines department worker has accused Stung Treng’s military police chief Ieng Vandy of bullying him, confiscating his motorbike and detaining him overnight when he delivered a document to him — not the first time Vandy has faced a complaint of illegal detention or violence.

In 2014, a buffalo trader accused Vandy of confiscating his buffaloes and then beating him unconscious. In 2019, a district military police officer said Vandy had detained him for two nights for disobeying orders.

This year, Vandy became the target of a fresh complaint.

Chea Vuthy, a resident of Thala Barivat village, was delivering a document to military police for the provincial mines and energy department in April when he was allegedly harassed by Vandy.

Vuthy filed a complaint in June to the Senate, which in turn asked the national military police to intervene in the case.

The Senate’s request, dated this month, says Vandy and another officer, Phuy Khvay, were accused of abusing their power and threatening and detaining Vuthy.

“After handing over the letter, he was bullied and intimidated by the military police and forced to answer to a report they had prepared and asked to thumbprint it. He didn’t know at all who the perpetrator in [the report] was because he was just a messenger bringing a document to the military police to check,” the Senate letter says.

“In addition, the above military police officers confiscated motorcycles, mobile phones and some money and continued to detain him there for one day and one night.”

In another complaint, Vuthy says military police had accused him of being involved in a crime.

“In the morning they sent me to court in handcuffs,” says the complaint, filed to Royal Cambodian Armed Forces commander Vong Pisen, adding that the court released him that day.

National military police spokesman Eng Hy said on Tuesday that the force was looking into the case.