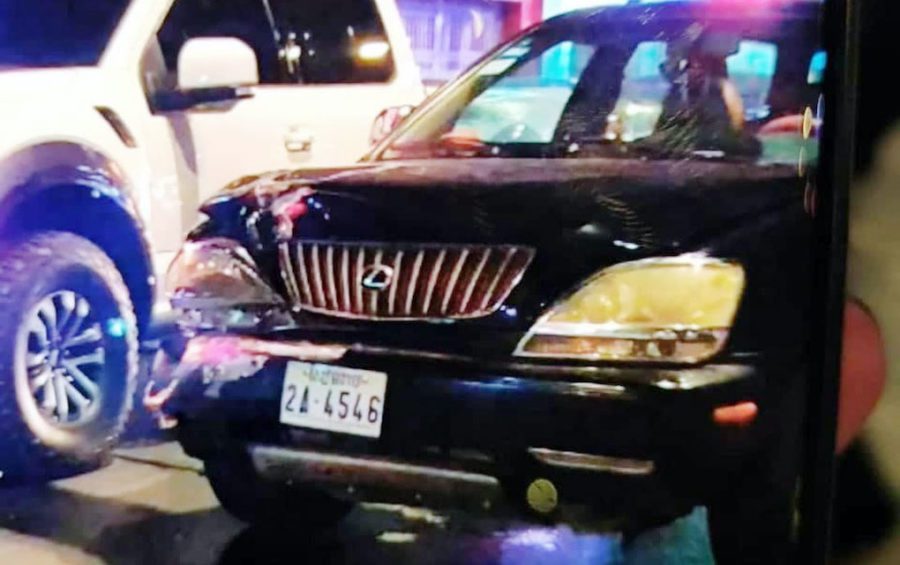 Police have arrested the alleged driver of a man who shot dead a police officer following a traffic accident near the Phnom Penh airport.

Reth Sineth, 39, a Phnom Penh municipal police officer, was shot twice in the body and once in the head during a dispute last week on Russian Blvd., according to authorities.

The driver of the Lexus SUV carrying the gunman had gone into hiding in Battambang city and was arrested on Sunday in Tuol Ta Ek commune, said Battambang provincial police chief Sat Kimsan.

Kimsan said local and Phnom Penh police worked together on the arrest, and the 24-year-old driver, Ke Chanmean, was immediately sent to Phnom Penh.

Municipal police spokesperson San Sokseyha said he had no further information to provide.

A report from the capital’s Pur Senchey district police says nine shots were fired at Sineth in total as the officer drew his own gun amid a dispute following a traffic accident on December 30.

A similar incident happened in Kandal province three days later, when a 27-year-old truck driver was arrested after a traffic accident then grabbed a gun in a commune police station and fired at officers, according to a statement by provincial police.

The man, identified as Pov Hong, had hit three light poles and damaged 60 meters of power lines, the statement says.

While being held at the Sampov Puon commune police station in Koh Thom district, the suspect ran into an office, grabbed a gun and fired several shots at officers, it says. No one was injured.

Kandal Provincial Court spokesperson So Sarin said Hong was charged with attemped murder of a public official and using weapons without permission, and placed in pretrial detention.

The charges carry potential jail terms of 15 to 30 years and six months to two years, respectively.

“We’ve seen a lot of disorder, causing fear for people,” Sam Ath said. “Relevant authorities should strengthen the control of weapons and strictly enforce the law.”