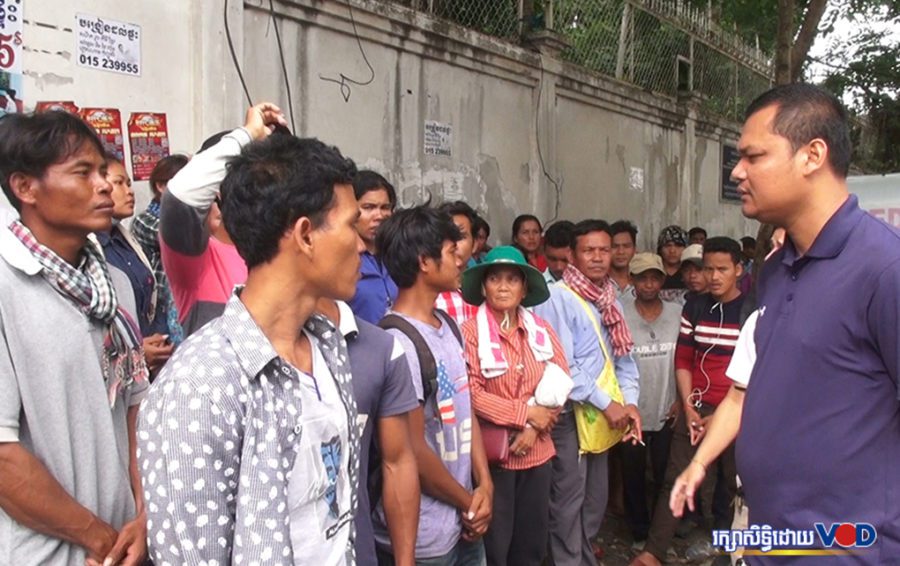 Land protesters from Tbong Khmum province on Monday petitioned the Land Ministry to investigate the sale of nearly 4,000 hectares of community land that they say they never agreed to sell.

The protesters gathered in Phnom Penh last week alongside groups from four other provinces, but were told by the ministry that they had no claims to the former community forest since it had been sold to Harmony Win Investment in 2011.

On Monday, about 100 protesters returned to the ministry asking for an investigation into the sale in Dambe district’s Trapaing Pring commune.

“I never agreed to sell the land to the Chinese company,” claimed Sem Chamnan, one of the Tbong Khmum villagers’ representatives.

“Let them create a commission to see who is wrong and who is right and follow through with the law,” he said. “If they think that we did it, just follow the law. But if they find that the authorities faked the documents, they should follow the law also. That will be justice for all.”

The villagers said the land had been sold to both Harmony Win and oknha Chhay Chreay, a local tycoon.

“Those who went to protest are former CNRP,” Sabun said, referring to the dissolved main opposition Cambodia National Rescue Party.

The Chinese firm had begun discussions about the sale in 2007, he added.

“The sellers gave their thumbprints but they’ve kept filing complaints for years,” Sabun said. “No one colluded with each other.”

Land Ministry spokesman Seng Lout said he was busy in a meeting and declined to comment.

However, Thim Narin, provincial coordinator for human rights NGO Adhoc, urged the ministry to investigate the claims made by the villagers.

“We think their demands are not made for individual benefit,” Narin said. “It is for social benefit and for the benefit of the whole people.”