Temporary Halt to Big Bike Confiscations After Wave of Criticism 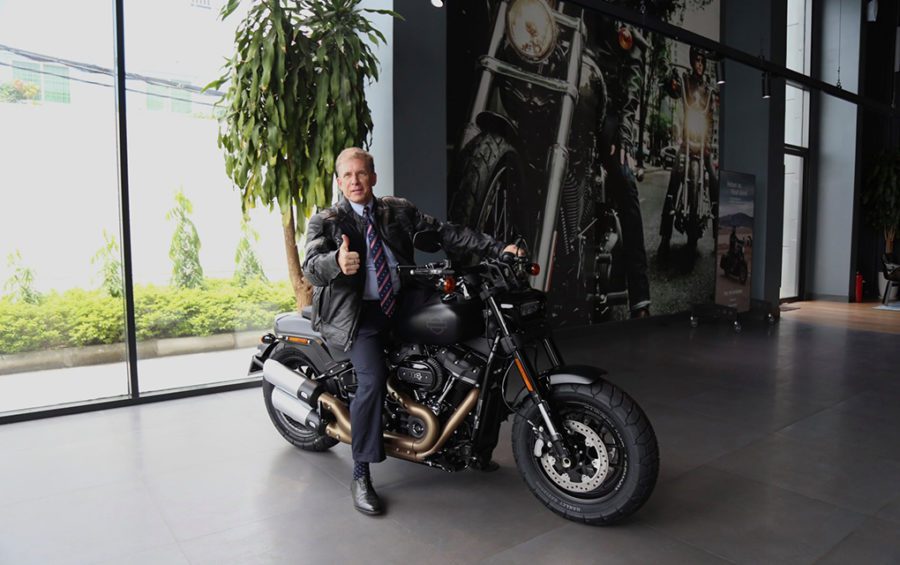 U.S. Ambassador Patrick Murphy poses on a Harley Davidson motorcycle at the Phnom Penh store, in a photo posted to the U.S. Embassy Facebook page on September 30, 2020.

Authorities confiscated 60 large and noisy motorcycles this week after Interior Minister Sar Kheng complained about their noise, but after a wave of online criticism police have temporarily suspended the crackdown.

Kheng complained late last week of being woken up by big motorcycles — “like Harleys, for example” — with modified tailpipes, and asked authorities to take their license plate numbers and track them to their registered addresses.

“If they ride in front of our houses, we are woken up. The prime minister used to complain about this issue,” he said while chairing an inter-ministerial meeting on Friday.

Police complied, confiscating 60 motorcycles before they took note of people’s online complaints, according to city police.

A Facebook post by Khmer Rise Party president Sok Sovann Vathana Sabung garnered more than 6,500 reactions, 1,000 shares and 200 comments after complaining that big motorcycles could not help but be loud even when unmodified, and the government should block imports if they wanted them gone.

“Some motorcycles are not very strong but have modified tailpipes that disturb the public order, and these are appropriate for punishment,” he said.

Another popular post with thousands of reactions showed a man locking his motorcycle in his house, with a caption questioning whether he would manage to escape the long arm of the law.

Phnom Penh police chief Sar Thet said on Monday that the Interior Ministry, together with the transport and environment ministries, was preparing more precise instructions on how to deal with modified and noisy motorcycles.

“We have met to find a middle ground about measuring the noise volume in accordance with a sub-decree or law,” said Thet, who is the Interior Minister’s cousin. “When the noise goes beyond the limit, it is wrong and must be stopped. For today, we’ve stopped seizing motorcycles.”

Thet added that officers were collecting data about motorcycles and their registered addresses, and were tabulating how many were out there.

National Police spokesperson Chhay Kim Khoeun said the Interior Ministry should be issuing guidelines about the motorcycles this week.

Updated at 3:35 p.m. with more details from Sar Kheng’s quote.