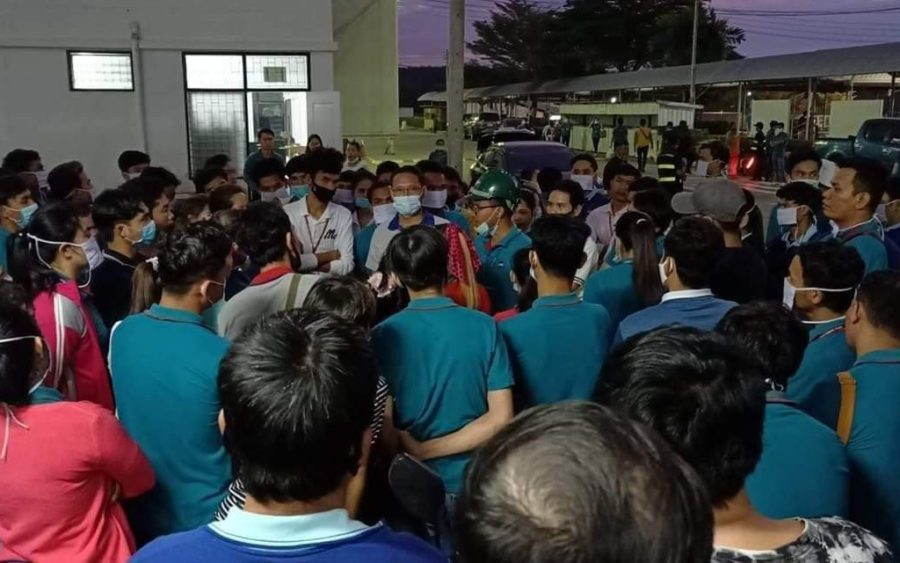 Workers gather outside the GFN chicken factory in Thailand’s Chon Buri province on November 11, 2020, in a photo posted to the Facebook page of labor rights group Central.

A Thai chicken factory has agreed to demands related to overtime and allowing migrant workers to leave its compound to buy food following last week’s protest by hundreds of Cambodian laborers, the factory’s management and a labor group said.

The workers at the GFN factory in Thailand’s Chon Buri province protested as the company put a squeeze on their living conditions amid Covid-19 restrictions, they said last week.

They were not allowed to freely leave the factory complex to buy food, forcing them to pay marked-up prices at the company store; overtime was no longer being paid, decreasing their income; and the company was not paying for maintenance on workers’ accommodations, they said.

Sum Soyong, 30, an employee from Kampong Thom province who has worked cutting chickens for eight months, said the company had been taking advantage of the Covid-19 crisis at the expense of workers.

“[The workers] had been afraid so far until now. After we couldn’t stand it anymore, [we] decided to start a protest. We stood up together to make sure our issues would get resolved,” Soyong said.

Sokh Nov, a chicken meat slicer at the factory for more than two years, said the company had become more restrictive about working conditions since Covid-19, but the pandemic also worked in the laborers’ favor.

Previously, many Cambodian workers were quietly fired, he said. But now the company couldn’t lay off workers because they would not be able to find replacements.

That was why the company accepted demands when the workers protested, he said.

“They decided to solve it for us only because they had difficulty finding their breath. If we were not strong enough, they wouldn’t have done it,” Nov said. “Even when the workers protested strongly like that, they still wanted to find any excuse to deny it. But the workers wouldn’t agree.”

Leung Sophorn, who works on migrant worker issues at labor rights NGO Central, said the factory had agreed to all the workers’ demands: Cambodian workers can now go outside to buy food without asking permission; the company is paying for repairs at worker accommodations; and it is looking into visa extension costs and increasing workloads.

It should be clear by the end of the month whether the company will follow through, Sophorn said.

“We see that on the factory side, they promised to solve all the issues that the workers raised,” he said. “But what we haven’t yet seen clearly is whether the factory will respect the laws and conditions.”

Sim Chanthorn, a manager at the factory, said that in addition to meeting the workers’ demands, the company would also be looking at ways to raise workers’ salaries.

The factory had been forced to stop paying for overtime because of the Covid-19 crisis, he said. But the economic situation was improving, he added.

“It impacted everybody. Everywhere was the same; [overtime] was restricted,” Chanthorn said. “But now they begin to give [overtime] again because the products are selling well.” 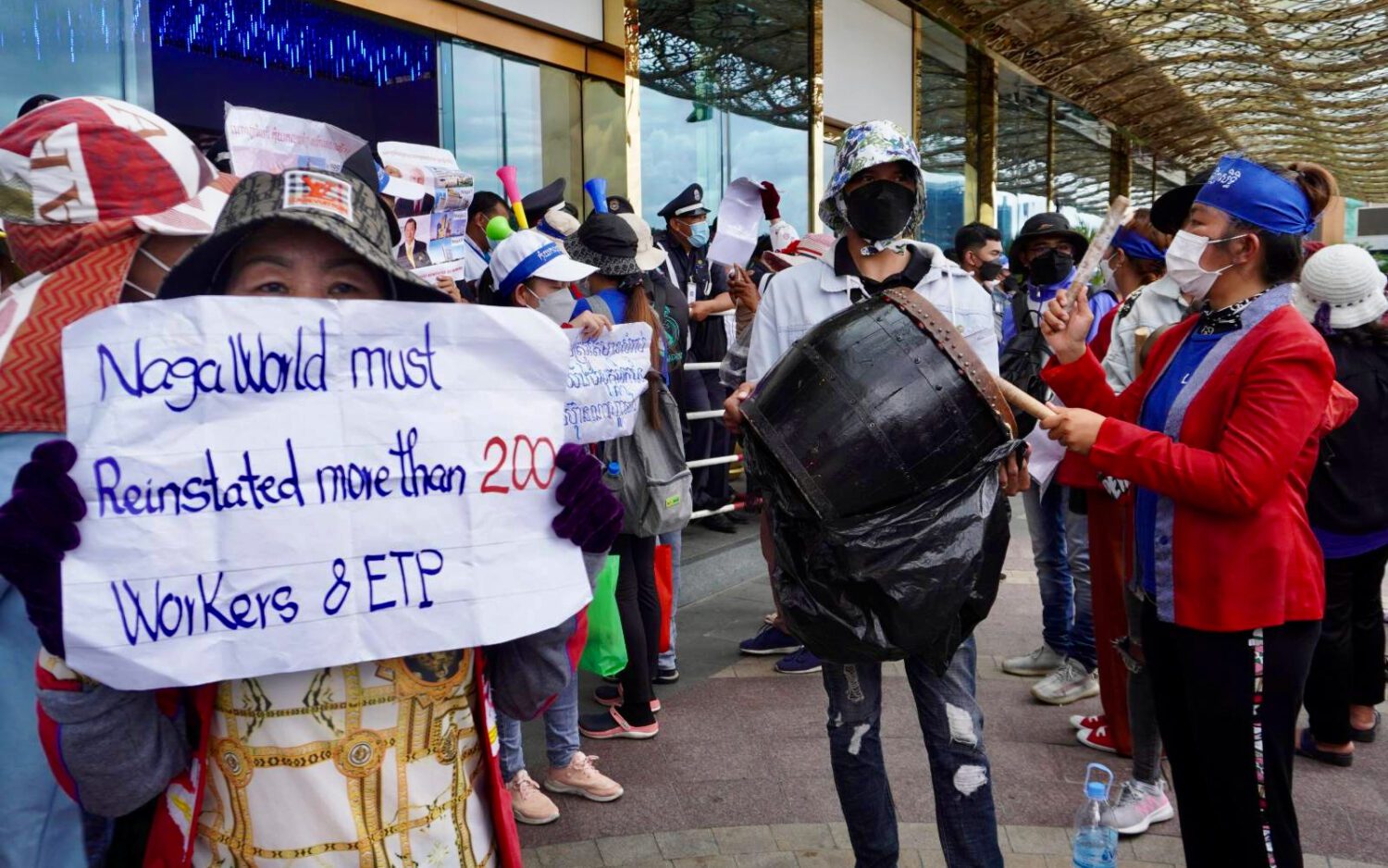