‘There Is a New Crime That Has Emerged Brutally’: Sar Kheng on Scams 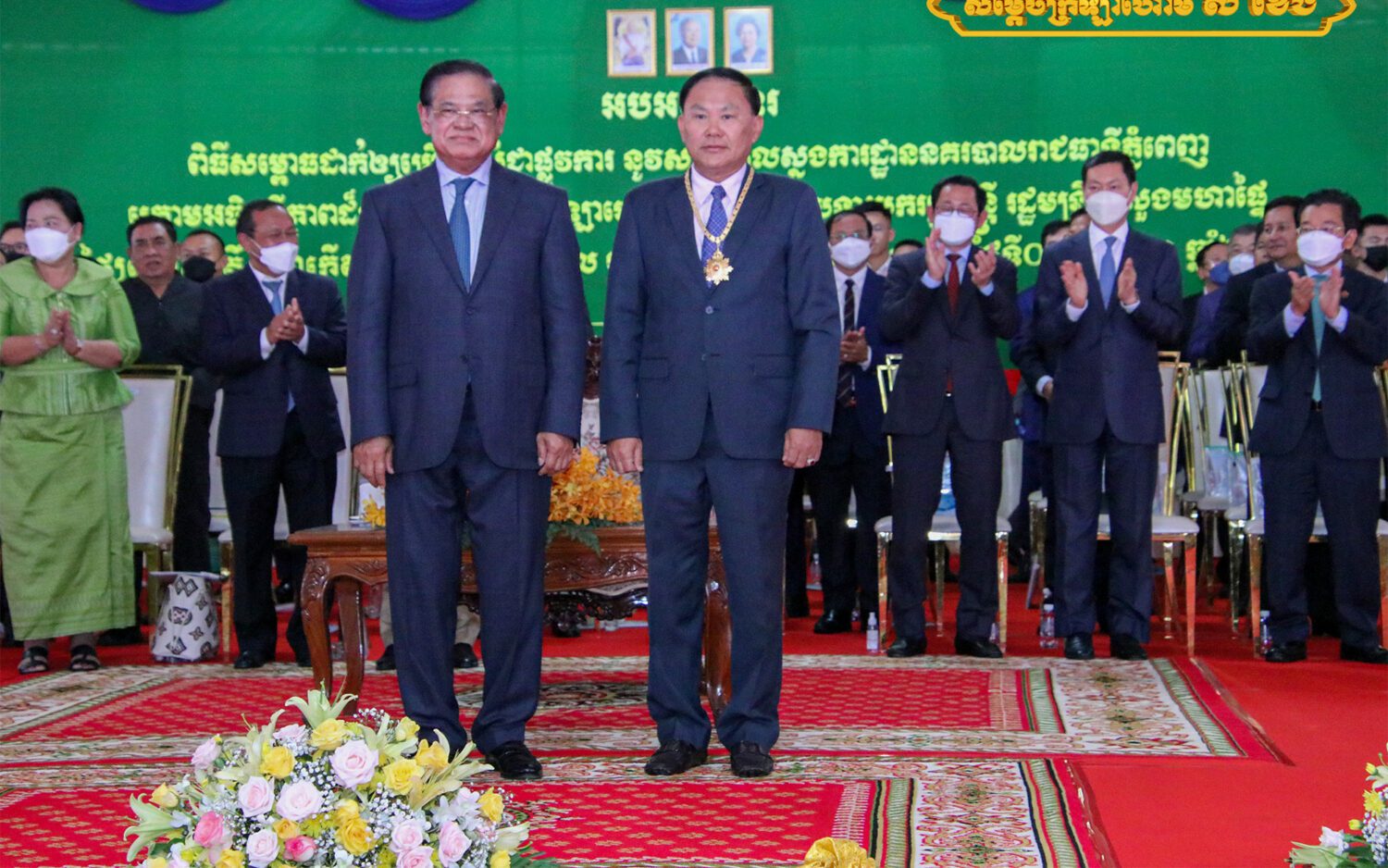 Masterminds and brokers are operating online scams and fraud syndicates out of Cambodia, Interior Minister Sar Kheng admitted on Thursday, but argued that Cambodians were largely uninvolved in the criminal activities.

Cambodia has emerged as a hotbed of scam operations, with multiple accounts of forced labor, detentions and torture at online scam and fraud compounds appearing over the last year. The scam syndicates largely operate out of existing compounds and casino complexes across the country, many of which are owned or linked to the Cambodian elite and foreign businesses.

Kheng was speaking at an inauguration ceremony on Thursday for the Phnom Penh Municipal Police and said there was a “new crime” being reported in Cambodia — one that was nontraditional and involved online fraud operations.

“Now there is a new crime that has emerged brutally lately in our country,” he said.

He said “99.9%” of people involved in scam operations were not Cambodian, however, as foreign brokers and scam operators were running these so-called companies. He said brokers from Vietnam, China, Taiwan, Indonesia, Malaysia and Thailand were ferrying people here to work at the compounds.

“So our country is a victim place because the people who commit these crimes and the masterminds are 99.9% not Cambodian that live in Cambodia and the brokers who prepare people from their countries are not Cambodians too,” Kheng said.

The government, mostly the Interior Ministry and National Police, have been pushed to take notice of the mushrooming of scam compounds in the country, especially after a U.S. State Department report from July downgraded the country’s status on anti-trafficking measures.

Additionally, several Asian countries have been making public requests for the government to assist their citizens who are trapped in compounds and have been more vocal about these operations employing forced detention and labor and torture.

Kheng, in another speech from Wednesday, said his hotline had received at least 117 complaints requesting release of foreigners and he called for the arrest of people who were involved in these crimes.

He expanded on those comments on Thursday and said the courts should penalize cases where people were detained and not allowed to leave compounds.

“If it is like detention and whether the crime is minor or serious, it is up to the court and this is a crime,” he said.