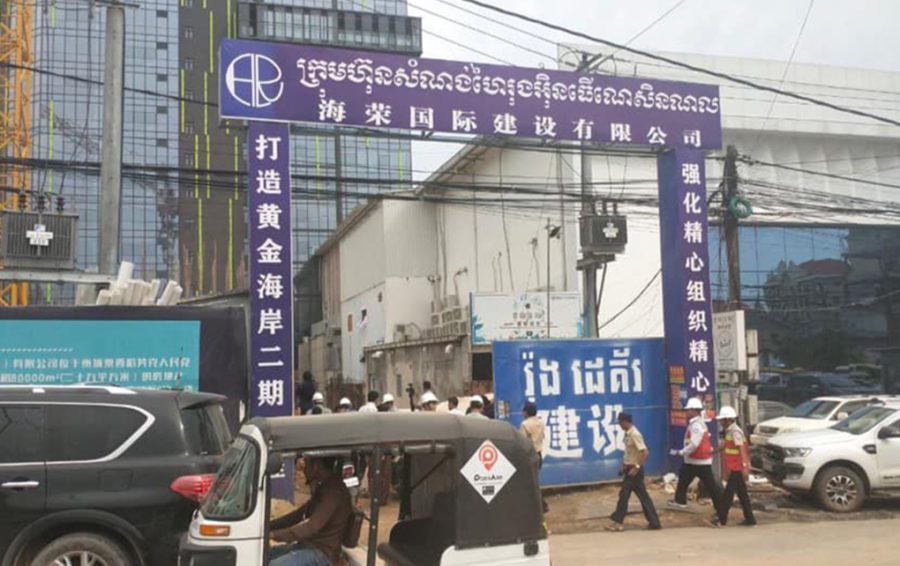 The one of Chinese-owned constructions was paused temporarily on July 02, 2019. Image: Facebook of Sihanoukville Administration Page

Concerns over technique and quality led to the suspension of three Chinese-owned constructions in Sihanoukville this week, a provincial spokesman said.

All were iron-framed structures like the seven-story building that collapsed last week and killed 28, he said, adding that the building sites were all in Sihanoukville’s Buon commune.

Specialists would now prepare a report on the buildings concerning their safety and legality, he said.

“Whether they followed proper technique or not, we will wait for the report from our expert team,” Phearum said.

Environmentalist Ly Chandaravuth welcomed the authorities’ efforts but urged that the law be enforced strictly and transparently without exception, particularly against foreign investors around the coast.

Incidents like last week’s deaths should not be allowed to happen again, he said.

“If they find an illegal construction, they should suspend the construction … Any building that violates the Land Law and is illegally built should be stopped,” Chandaravuth said.

After last week’s collapse, former provincial governor Yun Min said the seven-story structure was being constructed without a license, and that local authorities had told developers twice to stop building.

The government has since created a new commission to inspect all buildings in Preah Sihanouk for safety, and Interior Minister Sar Kheng said it had so far found five illegal building sites.

Four Chinese nationals, including a supervisor, contractor and the building’s owner, have been arrested and charged with manslaughter.