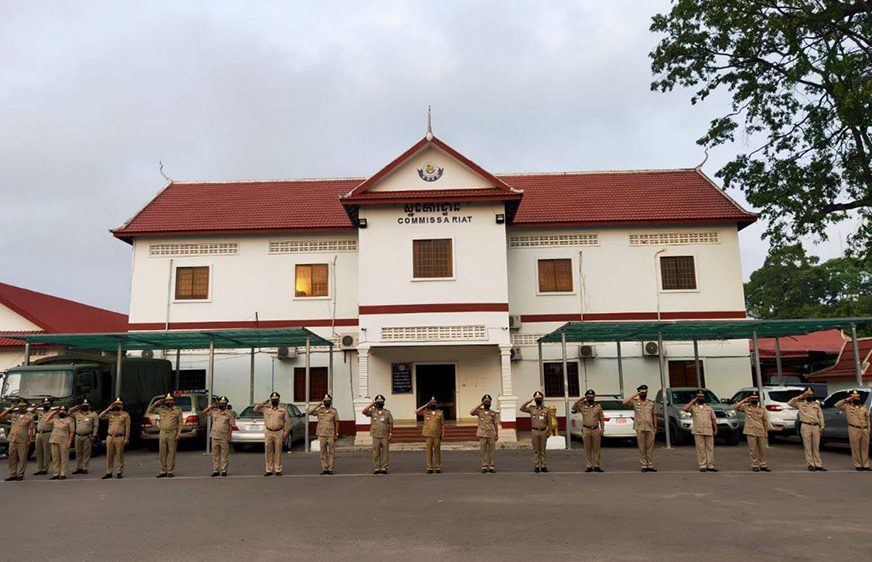 Three journalists and a driver were arrested Thursday while purportedly investigating a motorbike seller for selling vehicles without tax certificates, but were later released.

Kok Kimthong, publisher of news website Neak Meas, said he went with the four people and some other journalists to the motorbike shop in Kampong Chhnang city on April 9 to check whether it was really selling motorbikes without tax certificates.

Kimthong said a local resident had told him about buying a motorbike but later getting stopped by police and being told it had no tax certification.

The store owner told them at the time that he sold both certified and uncertified motorbikes, and charged more for those with tax certificates.

There was no issue at the time, but four people returned to the shop on Thursday.

The shop owner asked them to sit and wait for a short while, then police arrived and arrested the four, taking them to provincial police headquarters. They then called Kimthong and told him what had happened, he said.

Provincial deputy police chief Ear Bunthoeun said the four were accused of breaking and entering as well as unlawful interference in the discharge of public functions based on a complaint from the shop owner.

“They encroached on others’ places and illegally interfered in public affairs, meaning they went to check the tax on motorbikes,” Bunthoeun said.

Bunthoeun added that he did not know whether the shop was indeed selling uncertified motorbikes.

The police deputy gave an update around 4:30 p.m. that the four were released after the shop owner withdrew his complaint and a journalists’ association sent authorities an intervention letter.

A man who said he was the owner of the Ly Ngov motorbike shop said by phone that he had filed a complaint against the reporters, but hung up when asked what trouble those reporters had caused within his shop.

Tes Vibol, head of the press rights group Association of Freedom for Cambodian Journalists, said he had submitted a request to provincial police and the court to be understanding in the case and release the journalists.

The journalists were allowed to leave after signing an agreement to work ethically and with professionalism, Vibol said.

Provincial information department director Morm Chhoeun said he was busy and declined to comment. Information Ministry spokesman Phos Sovann said he was still waiting for details from the province. Sovann added that if the reporters had followed the law, the ministry would provide a lawyer to defend them in court.

Provincial police named the reporters as Say Raksmey, 31, and Tuon Chhunly, 52, from news outlet Raksmey Stung Trang, and Min Thy, 43, reporter for Raksmey Banteay Dek. The driver was Buth Chantha, 65.