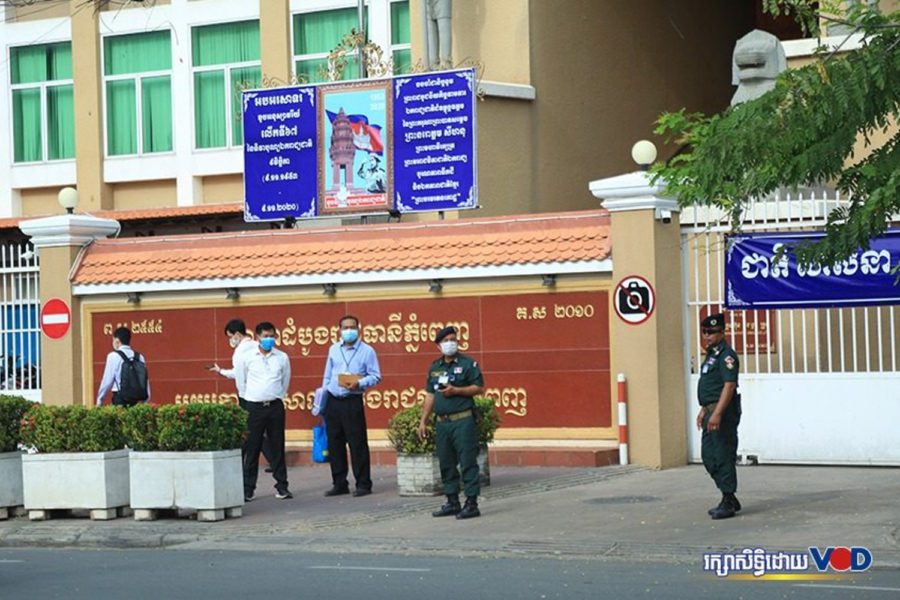 Three men drinking and singing through loudspeakers in a rented room in Phnom Penh late Sunday afternoon have been arrested for allegedly violating the city’s Covid-19 measures, which include a requirement for social distancing in all public and private areas except for people who live together and certain other exemptions.

Meng Wang said on Monday that he was building a case to send the three men to court.

“They are accused of opposing the measures of the Ministry of Health,” he said, adding that the three men were Aun Ratana, 37, Ho Run Mony, 30, and Heng Sovit, 72.

Justice Ministry spokesperson Chin Malin acknowledged that local police were building a case against the three men, but the courts would only take action if the case was found to have clearly violated the law.

“If the courts find that the action was not against the law, the courts can take it without taking action. The courts will look into the facts,” Malin said.

Under a new Covid-19 Law, passed last month, not complying with administrative public health measures can be punished with six months to three years in jail.

Under Health Ministry rules announced amid the latest Covid-19 outbreak — which the Phnom Penh municipality has implemented in the capital — masks and social distancing are mandatory for all gatherings of two or more people, with a few exceptions. People who live together are exempt from both in their residences, while masks can be taken off while eating and drinking, and services such as medical care and haircuts can have staff get closer than 1.5 meters.

Ny Sokha, head of Adhoc’s human rights unit, said prosecuting the three men in court under such a new law seemed too much.

“With such a mistake, I think the authorities should educate them and negotiate terms for them not to do anything more. I think this would be a good thing for Cambodian society,” Sokha said.