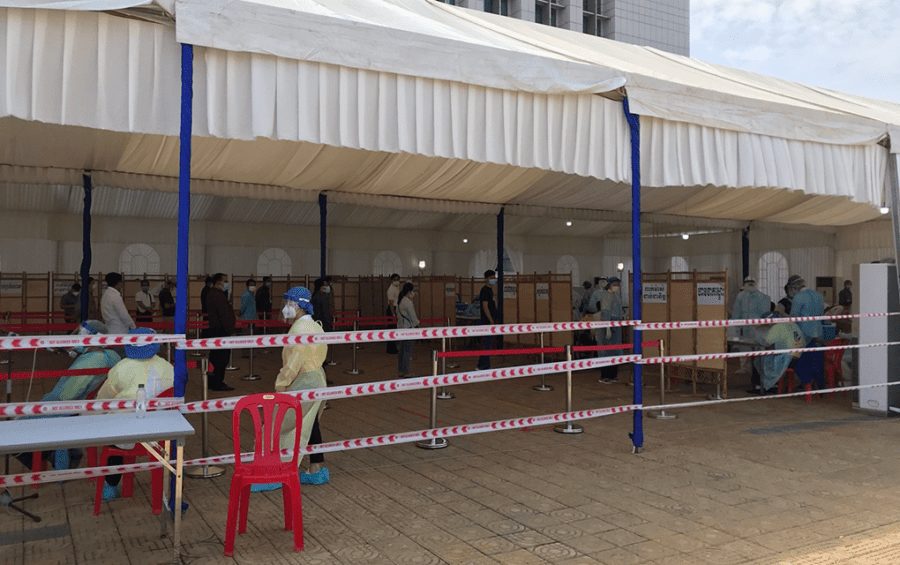 The Health Ministry said it carried out 2,621 further tests on Monday into a cluster of Covid-19 cases centered around the wife of the country’s prisons director, and found three new cases.

In an announcement Tuesday morning, the ministry said the three positive cases bring the total in the cluster to 17.

Two of the three cases were a 25-year-old woman and her 7-month-old baby, the ministry said. They live in Niroth commune in Phnom Penh’s Chbar Ampov district, where the prison director’s wife lives in the luxury gated community Borey Peng Huoth.

The third case is the 64-year-old mother of a prisons deputy director’s wife who earlier tested positive.

The country currently has 22 active cases of Covid-19 — 326 confirmed cases and 304 recoveries.

The ministry said it has tested a total of 4,869 people in relation to what it calls the “November 28” event.

On Saturday, the wife of Chhem Savuth, the country’s prisons director, tested positive after three days of cold symptoms. She had earlier visited Phnom Penh’s Aeon Mall and the gym at Phnom Penh Hotel, leading both to close for a few days.

The government also closed schools for two weeks and asked that people avoid large gatherings of more than 20 people.

Prime Minister Hun Sen said on Monday that the government still did not know the original source of the contagion.