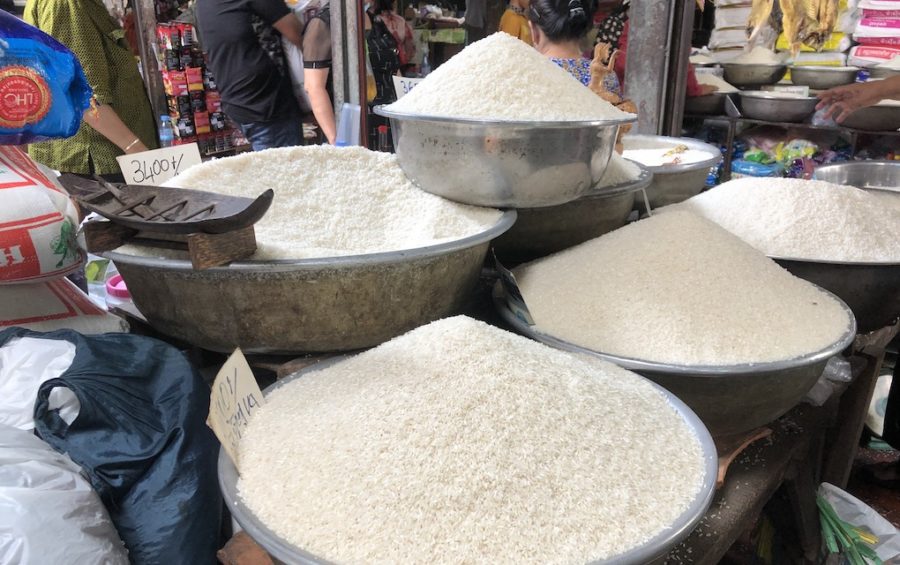 Banteay Meanchey environmental authorities arrested three people as they tried to distribute food donations to families embroiled in a land dispute in a protected area, where a local official referred questions about the dispute to the prime minister’s cabinet.

Six in total were arrested — the three who wished to distribute donations, as well as three residents of the area — in Malai district’s Toul Pongro commune on Sunday.

Sam Ath said the three charitable individuals, who are from Poipet, should have asked local authorities first.

“If they had cooperated and informed local authorities like the village or commune chief so that they could know, then it would be fine. But they secretly and sneakily distributed [food] to an anarchist group. This is wrong.”

When asked why one among the six was released, he said to ask environmental authorities. Provincial environmental department director Yim Ly could not be reached for comment.

A man who went along to give the donations, but was not arrested, said the one person released was a resident of the protected area.

“They asked for rice and food! So we brought it to them,” said the man, who asked to remain anonymous and refused to say how they had received the request. “When we arrived, [the six] were arrested.”

The area, locally called the Pram Phum community, is within the Ronean Daun Sam Malai wildlife sanctuary, and Sunday’s arrest was not the first time that those looking into the area have faced trouble from authorities.

Late last year, Nokor Democracy Party president Chan Yet was ousted from the Supreme Consultative Council, a watchdog group involving minority party officials, after he visited Pram Phum to hear from 230 families who filed a complaint that they were facing evictions.

A community representative said at the time that a private company was developing that protected land in Toul Pongro commune, but he didn’t know the company’s name or its plans. Only about half of the families living there had accepted the 5 hectares of land offered as compensation.

Sam Ath, the Malai district police chief, said the same community had encroached on Boeng Chhum Rok lake in the same commune to try to clear forest in that area. He had educated them many times, he said. Pankhem Bunthan, deputy chief of the prime minister’s cabinet and an official in charge of resolving land disputes, had also looked into the dispute, he said.

“When they see we have solved the problem in Boeng Chhum Rok in principle, they also started to encroach [the wildlife sanctuary] too,” he said. “They are still greedy and this makes it difficult for the local authorities.”

Licadho Banteay Meanchey provincial coordinator In Kongchit called for the release of the three charity-givers, saying that giving four bags of rice to three families should not be considered an act of supporting land encroachment.

“If they knew the area was a place where the authorities forbid them from entering, they would not go,” he said. “So I think the authorities and the environmental department should release them because they were making humanitarian donations.”