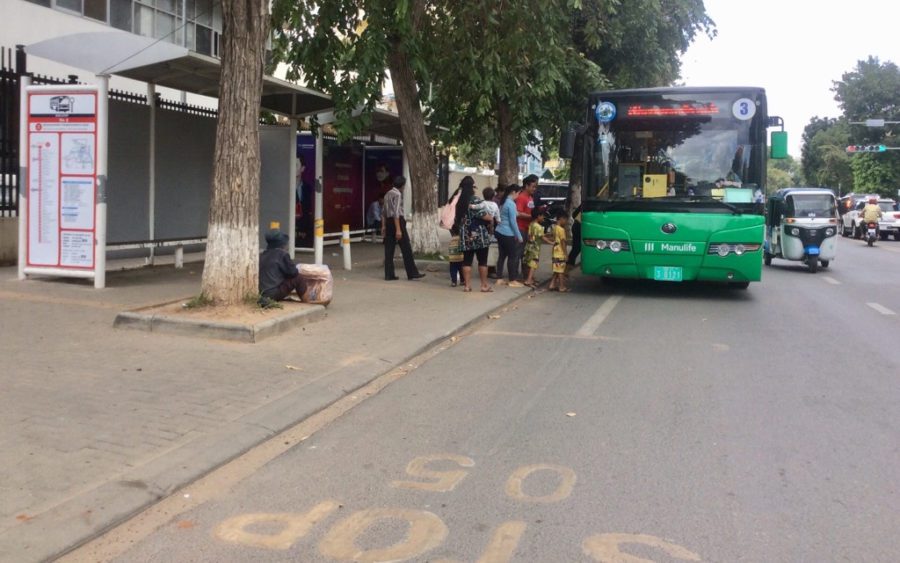 The Transport Ministry is looking into introducing express lanes for buses on Phnom Penh’s roads to help reduce traffic jams in the increasingly congested capital.

Transport Minister Sun Chanthol told reporters of the idea after a city transportation forum in Phnom Penh on Thursday.

“We are studying whether we should have a special lane for city buses, because if we take the bus and still get traffic jams just the same, people don’t want to take it,” Chanthol said.

The lanes could also be open to cars carrying more than one person, he said. Drivers traveling alone in their cars would be prevented from benefiting from the express lanes.

Chanthol did not give a timetable for the feasibility study’s completion.

Shared vehicles and public transport should be encouraged on both the roads and the country’s waterways, she said.

“It’s also an initiative to use more modes — different modes of transportation — not just restricted to what’s on the road but also what is on the water, because you have a beautiful river that crosses a rather large part of Cambodia,” Low said.