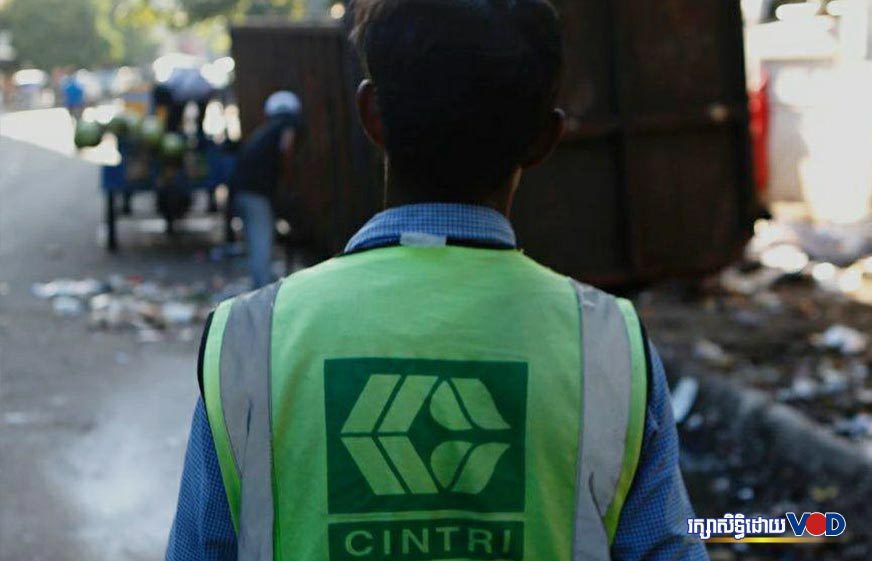 Waste collection firm Cintri, which holds a monopoly in the capital and has faced controversy over alleged poor service and working conditions, will temporarily be put under state control, with trash collection in Phnom Penh divided over four companies, Prime Minister Hun Sen announced on Tuesday.

The premier said this would be a step toward cleaning up the city.

Cintri would lose its license because its inability to collect trash properly had caused environmental issues, he said.

“In order to help Cintri avoid losses, the state needs to take control over the company first,” Hun Sen said during a graduation ceremony. “The state will temporarily control the company, [including] all staff and equipment belonging to Cintri. However many trucks and staff the company has, take it.”

The company has in the past been accused of poor working conditions and low salaries as well as inefficiency in its operations.

The premier added in his speech that the government would open a bidding process to divide up the responsibility of trash collection in the capital. Cintri, he said, would be allowed to join the process together with at least three other companies. The city would be divided into four areas, with one company taking over trash collection in each, he said.

He said further details would be announced over the weekend.

Cintri operations manager Nguon Siphen declined to comment, saying he had not received information from the government regarding the revocation of the company’s rights.

San Chey, director of the Affiliated Network for Social Accountability, said the move could mark the beginning of reform, but warned that if a new company was run by officials related to Cintri, the effectiveness of reforms could be undermined.

“We want to see an atmosphere in which trash collector [companies] listen more to people’s comments and find solutions immediately,” he said.

Cintri has been the sole license holder in Phnom Penh since 1996. At the time, an estimated 500 tons of trash were produced every day in the capital, while it had now reached about 3,000 tons daily, Prime Minister Hun Sen said.