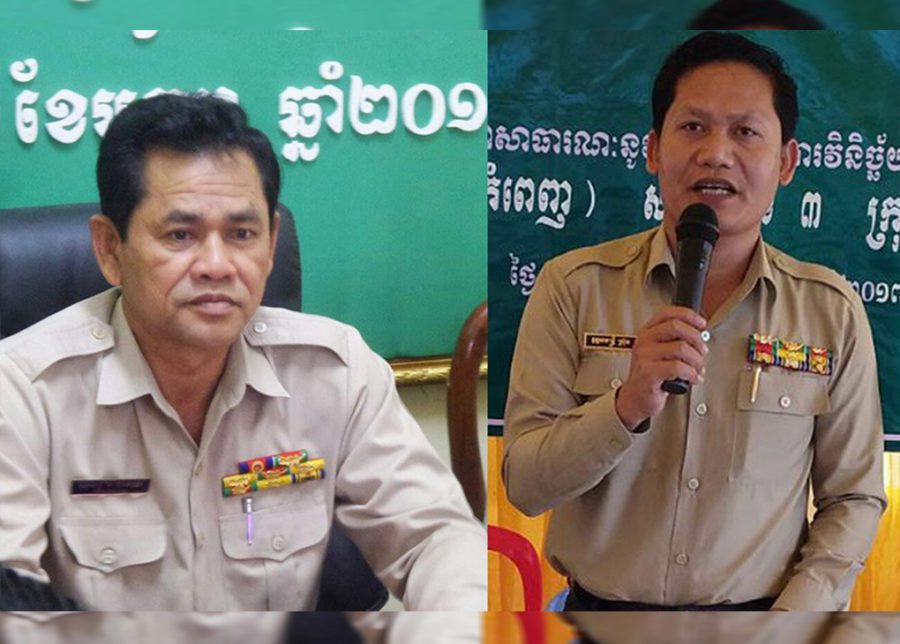 Prime Minister Hun Sen removed two deputy governors from their positions in the wake of a violent crackdown on land protesters in Preah Sihanouk province.

Hun Sen announced the firings of Srun Sron and Phay Bunvannak in a March 1 sub-decree, which did not explain the decision.

Hun Sen also wrote on his Facebook page that day that the firings represented his “fifth approach” to tackling corruption and abuse among officials. He has described his four earlier approaches as “looking in the mirror,” “taking a bath,” “cleaning one’s body,” and “receiving treatment.”

“Today, I am forced to implement the fifth approach—surgery—in removing two Preah Sihanouk provincial deputy governors,” he wrote. “I have to remove pebbles and sand from my shoes so that I can walk further. I have no time to talk with crafty officers because I have already educated them many times. From now, tigers, snakes, rats and flies will all be punished if they take advantage of the people.”

The prime minister added that the two sacked deputy governors would also face legal action from the Anti-Corruption Unit and Interior Ministry.

Sorn Chey, executive director of the Cambodia-based Affiliated Network for Social Accountability in East Asia and the Pacific, said he wanted to see a full investigation into the case.

“We want to know if this violence came from the decision of these two provincial deputy governors or from the involvement of any other people,” Chey said.

On Jan. 24, one of the sacked deputy governors, Bunvannak, led a mixed force of about 300 men, including military police officers, to implement a court verdict related to a land dispute in Korki village, in Prey Nop district’s Bit Traing commune.

The court ordered that land be demarcated in favor of Hong Suon, the wife of tycoon Sy Kong Triv, who is the chairman of the KT Pacific Group, has a stake in Phnom Penh International Airport and the Cambodian operations of British American Tobacco, and is closely linked to the ruling CPP.

Hundreds of protesters burned tires to block the road in protest, saying the court order violated their land rights. Authorities fired several bullets, injuring a man who was rushed to a Phnom Penh hospital for surgery. Video footage also caught soldiers using the butt of an AK-47 rifle to beat up a man whose hands were tied behind his back.

Four soldiers were disciplined for the beating, but the shooter has not been identified.