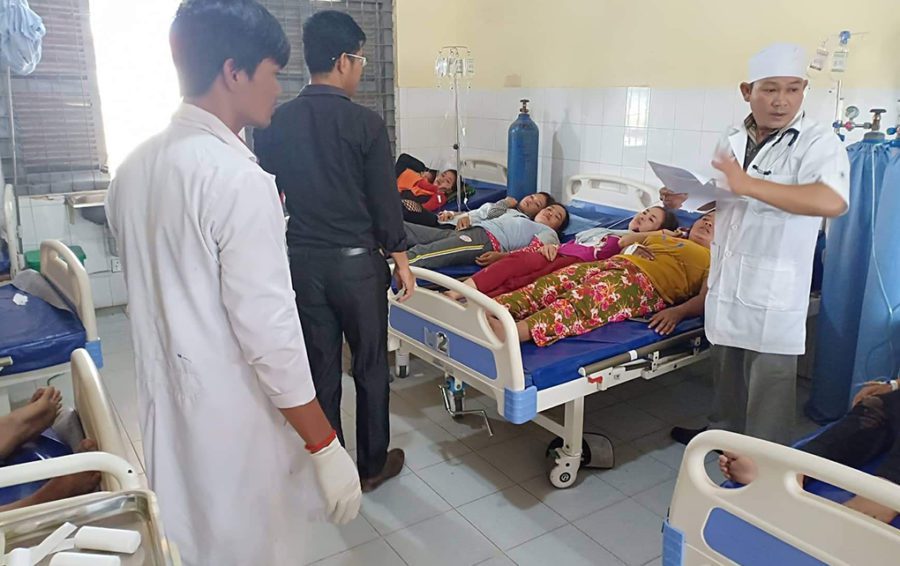 Garment workers relax in hospital after one of the notoriously dangerous trucks that they ride to work tipped over in Svay Rieng province on July 30, 2019. (Collective Union of Movement of Workers’ Facebook page)

Two garment workers died and 30 were injured on Tuesday morning when one of the notoriously dangerous trucks that factory workers ride to work tipped over in Svay Rieng province, an official said.

Sixteen of the injured workers were sent to the provincial referral hospital as they were suspected to be in a serious condition, he said. The other 14 were sent to the nearby Chi Phou hospital, he added.

Many Cambodian garment factory workers commute on the backs of trucks where dozens are often crammed inside cages covering the truck bed. Frequent fatalities have prompted officials to say they are working to improve safety, but last year 40 workers died and 349 were seriously injured, according to the Labor Ministry.

Svay Rieng, near the Vietnamese border, is home to at least 20 garment factories, according to the Garment Manufacturers Association in Cambodia.