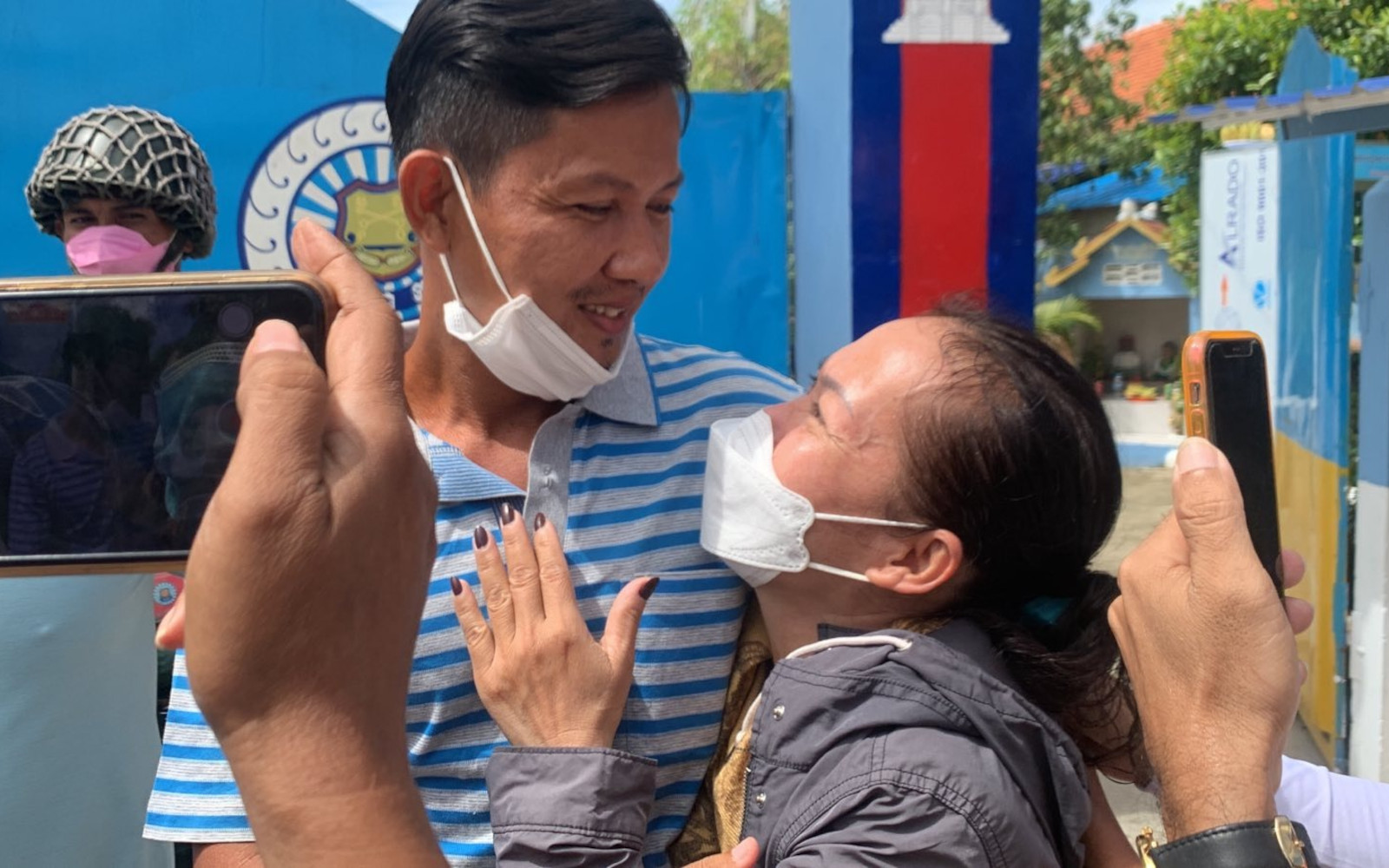 Two more jailed activists from nationalist youth group Khmer Thavrak and the banned opposition CNRP were released from Phnom Penh’s Prey Sar Prison on Friday, bringing the total number of activists released in the past week to 10.

Around an estimated 80 political prisoners remain in jail, including six environmentalists from the group Mother Nature and around 50 activists from the banned opposition CNRP, who have been jailed over protests, Facebook posts, private phone conversations and more, mostly under incitement or plotting charges.

Vannak said his release was a good sign for activism. “I will continue it and will not pull back,” he said.

Chan Sangkream added: “Thank you to everyone who loves justice and our country. … We are strong. I am very happy that I have gradually started to see the light of justice.”

Nine of the 10 activists released in the past week were convicted of incitement for protests in support of Chhun. The unionist was arrested on July 31 last year after issuing a report about Vietnamese border encroachment in line with long-standing opposition campaigns that have inflamed nationalist and racist sentiments in the country. Khmer Thavrak’s Eng Malai has spoken of territorial issues being the group’s primary focus, alongside concerns around free expression.

The other prisoner recently released was the 16-year-old son of opposition activist Kak Komphear, in jail for online messages insulting officials.

Their convictions drew international criticism, including from U.N. experts saying the courts had been “weaponised” to silence dissent. This week, the U.S. raised the pressure on sanctions against Cambodia, saying the country had failed to make any meaningful changes to concerns raised about corruption, transnational crime and human rights abuses.