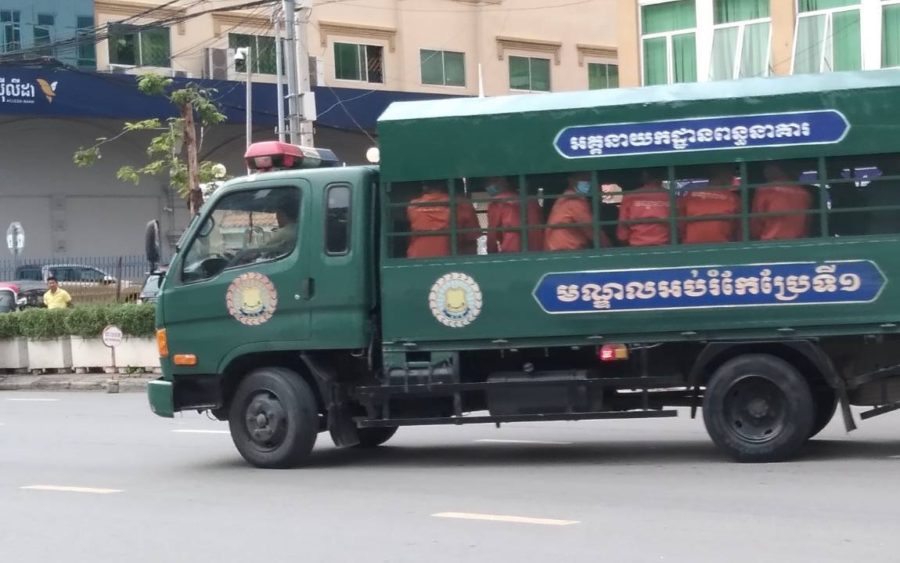 Presiding judge Theam Chan Piseth sentenced Vietnamese nationals Tran Bao Khanh, 40, a doctor, and Nguyen Hong Thai Doung, 25, a repairman, to five years in prison, but they will only serve eight months with the rest of their jail terms suspended.

Chan Piseth also banned the two from re-entering Cambodia once they are released from prison.

The judge also sentenced in absentia three other Cambodian staff members, including a Cambodian doctor, to five years in prison, but suspended the entirety of their jail terms. The three Cambodian defendants are not in jail.

It wasn’t made clear during the trial what the genitals were going to be used for or how the clinics acquired the organs.

Khanh and Doung were charged with operating a clinic without a legal permit, and also for illegal storage of opioids, and placed in pretrial detention on March 8.

Under questioning from judges, Khanh told the court through his translator that he had studied cosmetic surgery in Vietnam for 12 years and had been a doctor for 16 years. He had been a cosmetic surgeon before arriving in Cambodia in late 2018, he said.

Khanh told the judges that he was hired by a Vietnamese owner, whom he named as Ho Thi Yeung, to work at the clinic along with other Cambodian doctors. He had been told the owners were processing legal permits for the clinics, he said.

“I am just a surgeon and I don’t know about the processing,” he said.

Khanh said he knew that there were some genitals at the clinic, but said that work was done by others. He did cosmetic surgeries on a patient’s face, chest or buttocks.

But during the Covid-19 pandemic, he had been working alone, he said. He added that he used morphine to reduce pain during surgeries.

Doung told the court that he was simply a repairman paid $200 per month. He had only recently moved to Cambodia and lived at Gangnam Beauty, but he had nothing to do with the medical practice or surgeries, he said.