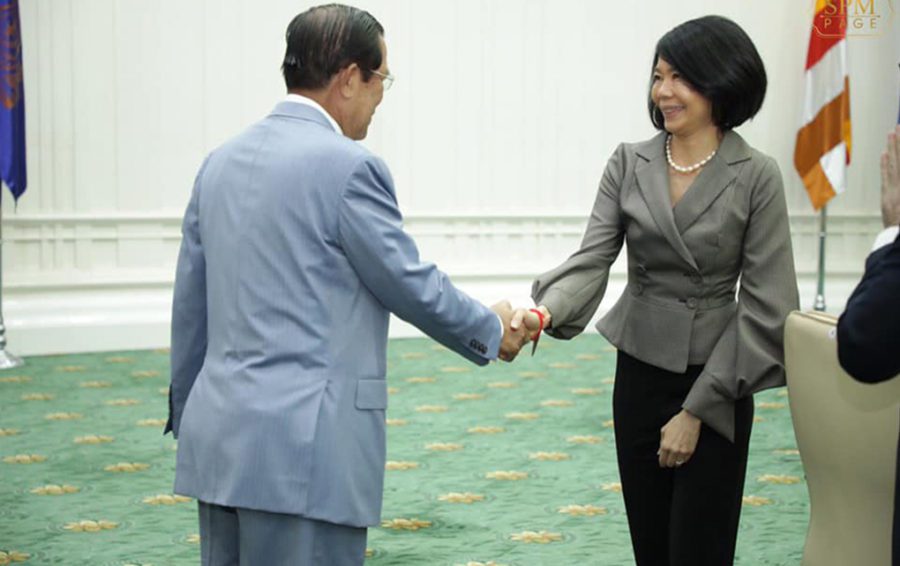 A U.N. representative on Monday signed a new five-year development assistance program with the government after meeting with Prime Minister Hun Sen to discuss social protections for the poor.

The U.N. Development Assistance Framework, set to run through 2023, will provide financial and technical support to the government to implement policies “to help prioritize issues affecting the most vulnerable,” U.N. resident coordinator Pauline Tamesis said in a press release.

The release did not say how much money was involved, but a previous iteration of the program from 2016 to 2018 had an estimated budget of $260 million.

Tamesis said economic growth needed to be balanced with the protection of human rights.

“Perhaps in moving forward, high priority attention will be needed to balance economic growth with safeguarding the natural environment, protecting human rights and promoting social goals, to ensure that the poor are protected from shocks, that prosperity is equitably shared, and that future generations also benefit from today’s decision on how resources are managed,” she said.

Prime Minister Hun Sen wrote on his Facebook page after the meeting that his government had achieved notable successes providing social protections for pregnant women and garment workers, and in lifting people’s incomes above the poverty line, though he did not mention human rights.

“In the beginning, Cambodia had a poverty rate of up to 100 percent. Later on, there was the start of providing social protections to pregnant women and then to women working at factories, and then to women with poor living conditions,” Hun Sen wrote. “And [the government] has done other work including reducing electricity prices, building infrastructure, digging wells and ponds — all of these are social protections.”

Am Sam Ath, monitoring manager at rights group Licadho, said it had to be noted that many poor communities had been forcibly evicted to make way for private development projects, and the government needed to do more to make sure both the rich and the poor were benefiting from development.

As the U.N. signed its new deal with the government, its rapporteur on human rights in Cambodia, Rhona Smith, continued her country visit to assess recent human rights abuses.