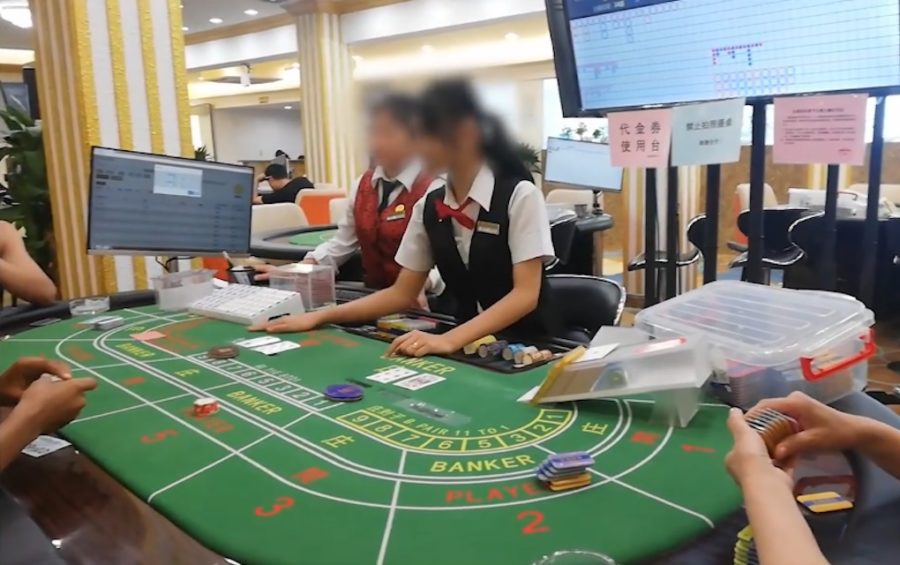 A casino in Sihanoukville (Mother Nature)

Some 150 out of Southeast Asia’s 230 licensed casinos are located in Cambodia after a “dramatic increase” that followed a crackdown on money laundering in Macau, the U.N. Office on Drugs and Crime said in a newly released report.

The report said Southeast Asian criminal networks had attained a global reach and were “trafficking unfathomable quantities of high-profit methamphetamine, massive consignments of wildlife and forest products, and an increasing range of counterfeit consumer and industrial goods.”

Specifically, the report warned that a crackdown on money laundering in Macau in 2014 appeared to have led to a shift in criminal activities to Southeast Asia, “especially to jurisdictions in the Mekong region that lack regulatory oversight and enforcement capacity.”

“Cambodia in particular has witnessed a dramatic increase in the number of casinos and casino licenses granted since 2014,” it said.

“Extensive casino complexes in Cambodia’s border areas and in Phnom Penh have also been identified as locations for bulk cash smuggling and the laundering of organized crime revenues.”

Hong Kong-listed NagaCorp touts an exclusive license to operate its NagaWorld casinos in Phnom Penh. Its communications officers did not immediately reply to a request for comment. Its 2015 annual report, however, says an independent audit found that “NagaCorp maintains full control of the gaming operations” and complies with Financial Action Task Force (FATF) on Money Laundering recommendations.

In February, the task force added Cambodia to its watchlist of countries with strategic deficiences in countering money laundering and the funding of terrorism. It recommended risk-based supervision for real estate, casinos and banks; sector-specific outreach to casinos, real-estate and money-or-value-transfer service providers; and an increase in money-laundering investigations and prosecutions.

Since then, the government had taken steps toward improving its policies, the FATF said in June.

The U.N. report also examined sex trafficking and claimed there were almost 200 annual cases in Cambodia between 2015 and 2017.

The report advised better data collection and reporting, among other recommendations, in order to stem the “particularly vulnerable” region’s growing role in global trafficking networks.