Unionists’ Convictions Quashed Amid Lobbying by US Brands 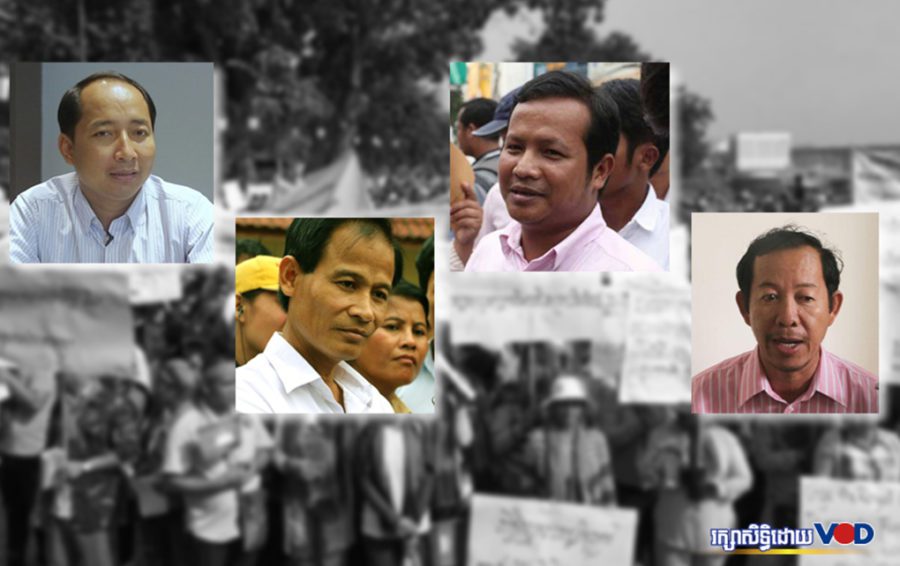 The Appeal Court has overturned the convictions of six union leaders sentenced in December over accusations of instigating violence during street protests in 2013 and 2014.

A May 2 letter by a coalition of American clothing brands, including adidas, Gap, Nike and New Balance, called for the convictions to be quashed — among several other demands — in order to avoid the suspension of Cambodia’s tariff-free access to the E.U. market over human rights concerns.

Choem Kheang, lawyer for the Cambodian Labour Confederation, said the Appeal Court had overturned the lower court’s convictions after questioning the union leaders on Tuesday. He declined to elaborate on the court’s reasoning, only saying that his clients were innocent.

Moeun Tola, executive director of the Center for Alliance of Labor and Human Rights (Central), pointed to the American brands’ demands as possible motivation for the court’s decision.

The E.U. considering a suspension of its Everything But Arms (EBA) trade scheme was another likely factor, he said.

“The overturning of this sentence happened only days before European delegates are coming to investigate how much Cambodia has made progress in respecting human rights, workers’ rights and union rights,” Tola said.

The E.U.’s ambassador to Cambodia, George Edgar, said a fact-finding mission from the European Commission and European External Action Service would visit “in the near future,” but would not specify exact dates.

“This is part of the process of engagement between the European Union and Cambodia in the context of the Everything But Arms trade regime,” Edgar said, adding that he welcomed the Appeal Court’s decision.

According to the World Bank, Cambodia stands to lose about $500-600 million in exports if the E.U. rescinds Cambodia’s duty-free access.

The six unionists were accused of instigating violence during labor protests on Phnom Penh’s Veng Sreng Boulevard in 2013 and early 2014. In January 2014, military police fired on protesters, killing five people and wounding more than 40.