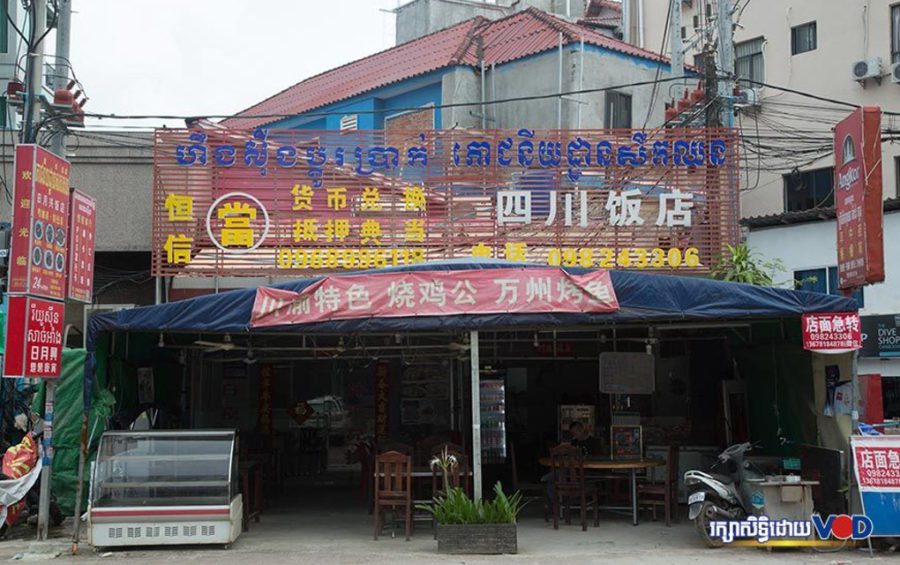 Some 50 unions and civil society groups on Monday said they wanted the government to reinstate a ban on foreigners working in certain self-employed jobs after the ban was reversed this weekend just over a month after being issued, according to a statement.

“Allowing foreigners to hold self-employed jobs is like giving opportunities to foreigners to grab the Cambodian people and workers’ jobs,” the groups said in the joint statement.

The Labor Ministry’s decision to revoke the ban — originally instituted in late August to prohibit foreign nationals from working in 10 self-employed occupations — would cause serious harm to Cambodian workers and their livelihoods, especially those working in the nation’s informal economy, the groups said.

Cambodians working in the jobs briefly black-listed for foreigners — including taxi and tuk-tuk driver, barber, mechanic and street vendor — would lose clients and income, and be forced to migrate overseas in search of work, the statement said.

While the unions and civil society organizations welcomed investment from big companies in the garment and footwear, hotel, airline and construction sectors, foreign workers were not welcome in self-employed occupations, the groups added.

In a notice dated Saturday, the Labor Ministry said it had lifted the ban due to a need for foreign skilled labor in the service sector and to encourage investment in the country.

Labor Ministry spokesman Heng Sour told VOD on Monday that there were “requests from the private sector, the major sources of investment in Cambodia,” to allow foreigners to again engage in self-employed work.

He did not answer questions about where the requests came from, but told RFI that the ministry had rescinded the ban “due to requests from big businesses in Cambodia.”

“There are requests from three or four countries which are the big investment sources, and, in general, these East Asian countries have cultural preferences or a kind of service in accordance with their habits,” Sour told RFI. “It does not just happen in Cambodia. Even in other places where they invested, they did the same.”

Vorn Pov, president of the Independent Democracy of Informal Economy Association, one of the unions that endorsed Monday’s statement, said the ministry’s notice showed that the government has not paid attention to small-business owners and workers — about 3.9 million people nationwide last year.

“I see the impact is that there could be competition and taking jobs from Cambodians, and it could make Cambodians lose their jobs in the informal economy or self-employed jobs,” Pov said, adding that it could force informal workers to migrate abroad.

Arguing that the ban’s reversal would take away people’s ability to feed themselves, Pov added, “It is like breaking the rice pot of the people who are working in the informal economy or self-employed jobs.”

One self-employed worker, tuk-tuk driver Chab Phally, told VOD that in the past he could earn at least $25 per day, but since foreigners started working as drivers, his income has decreased to about $20 over four days.

“My family will be even more short of money,” Phally said. “I am also in debt and have to pay the fee for my rented room and when my income decreases, we will be suffering even more.”

“So, don’t allow foreigners to do this kind of work,” he said. “Let them make big businesses, because they have the money and let’s keep small jobs for poor Cambodians.”