Unions are planning strikes next month in the food industry and the country’s factories in support of the long-running NagaWorld labor dispute, a unionist said on Monday even after authorities accused her and another of Cambodia’s prominent union leaders of incitement.

Terminated worker Pov Reaksmey said she was struck in the face on Friday and fell to the road while she and other protesters tried to walk up to NagaWorld. They went around barricades set up by police, leading to shoving between authorities and protesters, she said.

“I am not feeling very well. My body hurts. My face is bruised,” Reaksmey said.

A day later on Saturday, Phnom Penh City Hall issued a statement that the protesters had been incited by two outside unionists to topple the barricades. The protest remains illegal and is disrupting public order and the city’s image, City Hall said.

“There was open participation and actions from some people who are not workers or former workers, especially Vorn Pov and Yang Sophorn who incited protesters to anger,” the statement said.

Pov said on Monday that City Hall’s accusation was baseless. “I didn’t incite in any way,” Pov said. “They’re saying it without evidence. I was just an observer standing apart from them and not involved.”

“I stood about 150 meters away and didn’t even speak a single word to them. I am so disappointed.”

Sophorn said she was only there to observe any violations against the workers, and had tried to help the injured worker after she fell to the ground.

Sophorn, who spoke earlier this month about calling for wider strikes if the NagaWorld dispute remained unresolved, said plans were being formulated to hold strikes in August in factories and the food industry.

“The meaning of the strike, what we want to do, is support the Naga strike and the union’s issues. Our message is to demand a solution to Naga,” Sophorn said.

Repeated negotiations mediated by the Labor Ministry have stalled, with the ministry suggesting the workers take the case to the country’s courts.

City Hall spokesman Met Measpheakdey could not be reached on Monday.

NagaWorld Protestors Let Through Barricade as UN Official Looks On 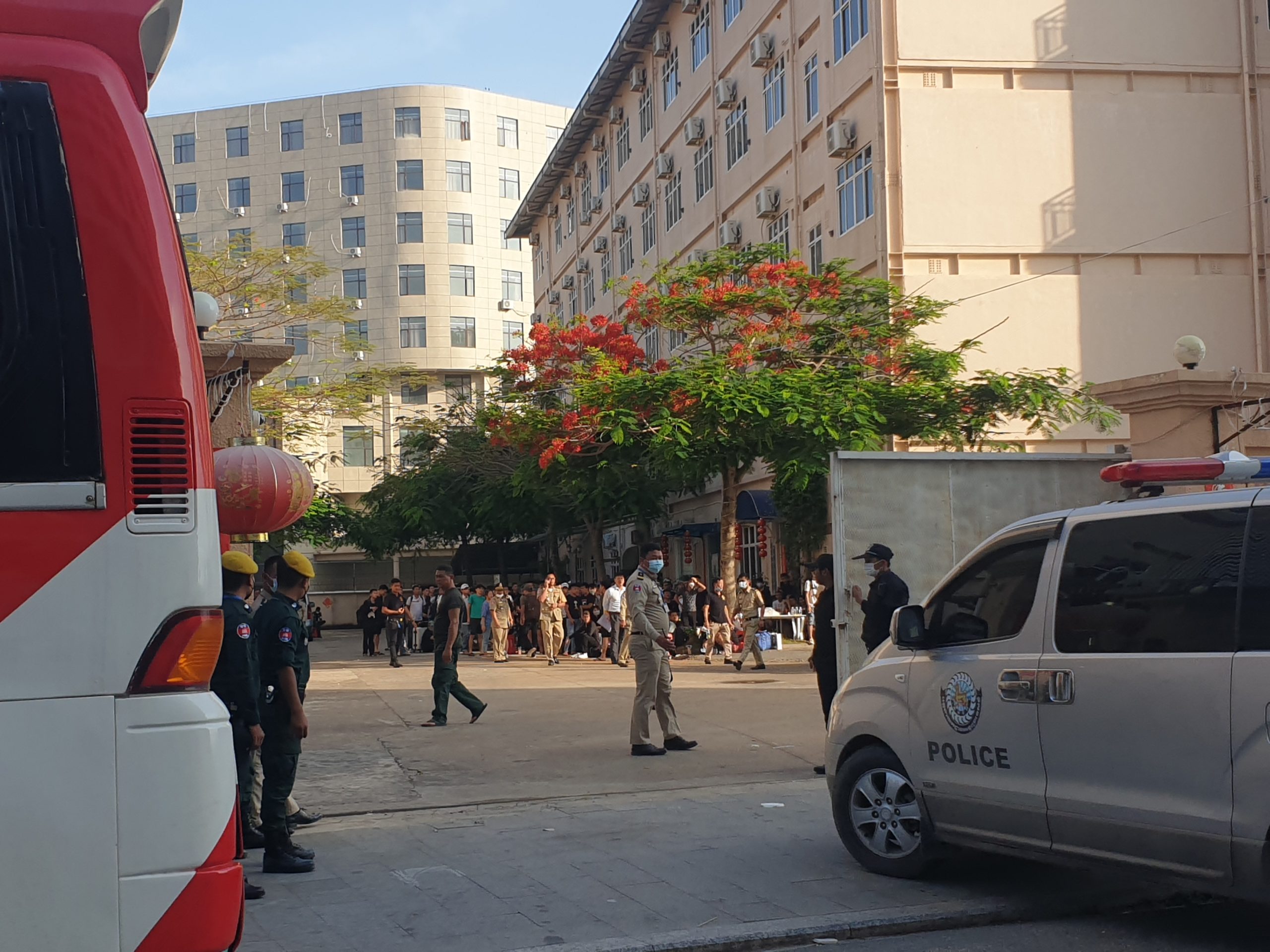