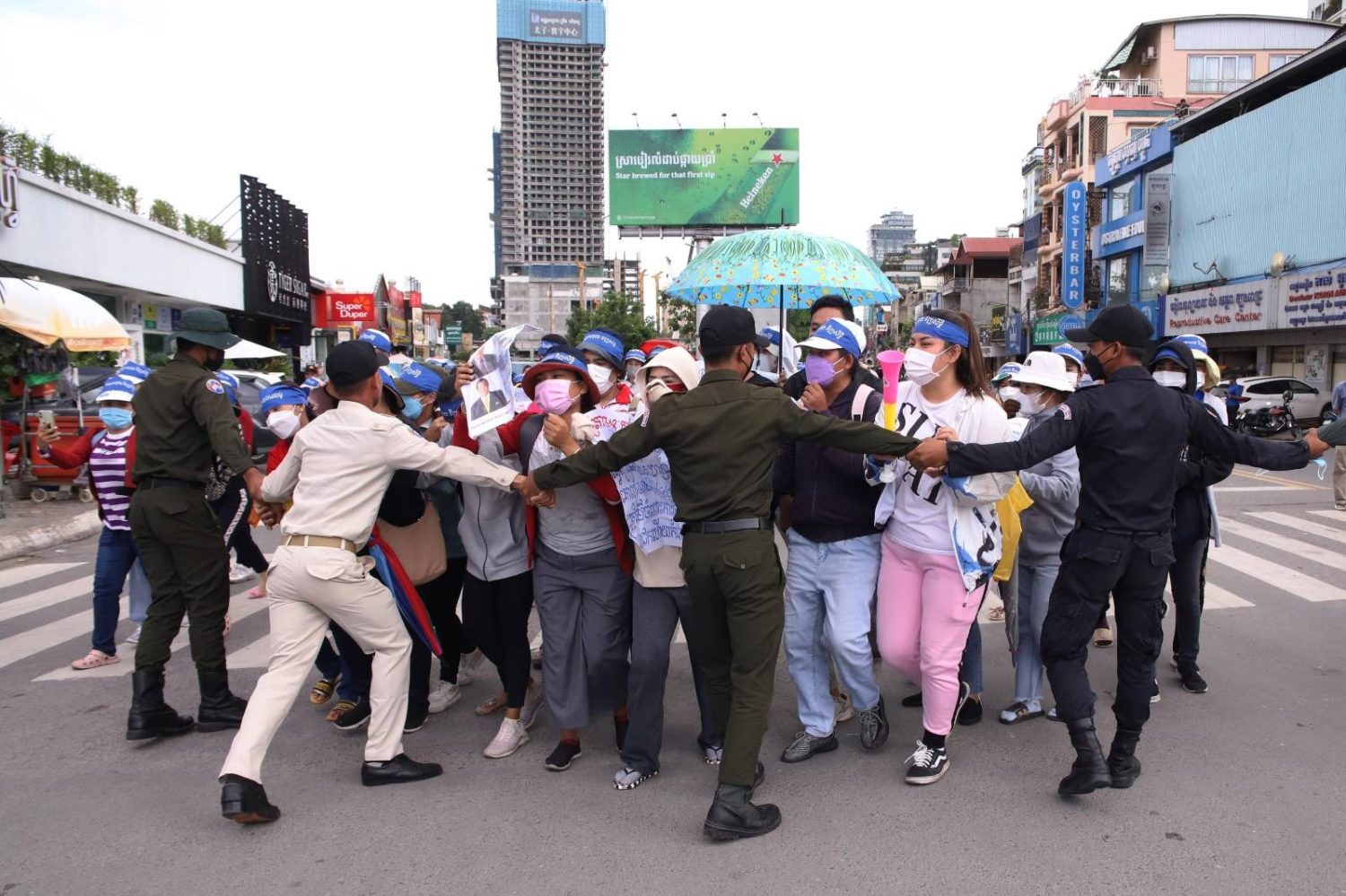 Unions and NGOs have asked the Prime Minister Hun Sen to intervene in the prolonged NagaWorld strike action, which has reached a stalemate with small protests occurring weekly and the Labor Ministry saying the case was out of its hands.

Twenty-one civil society groups released a statement on Monday calling on the prime minister to resolve the labor dispute between the NagaWorld casino corporation and terminated workers who have refused compensation packages and requested returning to work, alleging union-busting.

“The NagaWorld dispute is a bad example and has a negative influence for the independent union movement who are working and doing professional activities in order to promote human rights and labor rights in Cambodia which the government fully guarantees,” the statement reads.

“We hope that samdech will use the win-win policy for both sides to accept,” it says, using an honorific used by Hun Sen.

The workers have striked and protested against the casino since December 2021 with the numbers ebbing and flowing in the last few weeks. Around 40 workers were again stopped at barricades opposite the Phnom Penh Center but rushed past the barriers before being stopped on Sihanouk Blvd.

District security guards formed a human chain and surrounded the workers, preventing them from walking to the casino. They continued to protest in the area until about 4:30 p.m.

Ath Thorn, president of the Cambodian Labor Confederation, said other unionists had still not decided to join the protest but were sending senior union leaders daily to monitor the situation.

“[We] are volunteers coming here. There are no organized union members joining,” he said. “Yesterday Rong Chhun came, and today I came.”

CATU president Yang Sophorn had joined the protest last week and said that if a resolution was not reached other unions would consider supporting the Naga workers — potentially turning the labor action into a general strike and the first since after the 2013 national election.

Labor Ministry spokesperson Heng Sour said the matter was no longer with the ministry and the only recourse was the courts.

“The ministry’s mediation did not settle it and the Arbitration Council has issued an order but the former staff refused to accept it. There is no legal choice but to go to court to end it.”

He said the current protest was not compliant with the Labor Law and reiterated that the Phnom Penh Municipal Court had already declared the strike illegal in December 2021.