US Deports 37 to Cambodia﻿ 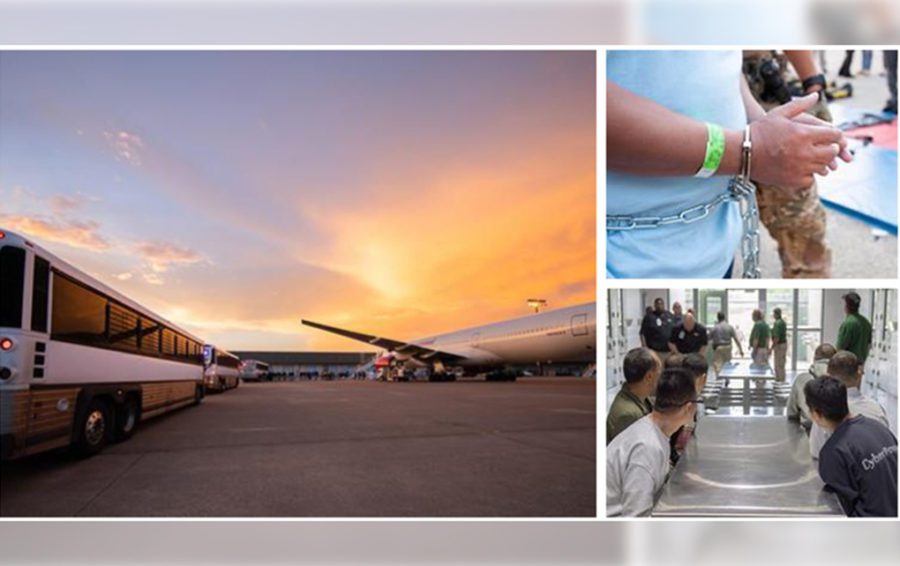 Pictures show the return of Cambodians from the United States to Cambodia. Image: ice.gov

Thirty-seven Cambodians arrived in Phnom Penh on Thursday morning after being deported by the U.S. government, most of them following jail terms in the U.S.

Tan Sonec, executive director of the Khmer Vulnerability Aide Organization (KVAO), told VOD that the organization had greeted the deportees upon their arrival in Phnom Penh and would provide temporary accommodations to those who needed it.

Top Neth, director of the Interior Ministry’s identifications department, said on Wednesday that returnees would all be provided with Cambodian citizenship documents.

Following an agreement in 2002, the U.S. has deported Cambodians with permanent residency in the U.S. who have committed a felony. Many of those who have been deported were refugees born in camps in Thailand and had never lived in Cambodia.

Bill Herod, former head of KVAO, recently told VOD that the organization had received more than 700 refugees since 2002, and it was prepared for as many as 200 arrivals this year.

Human Rights Watch deputy Asia director Phil Robertson said in a statement on Friday that the deportations were “totally unjust.”

“Most of these deportees are refugee children born decades ago in the Thai camps from parents who fled the Khmer Rouge regime. They have spent their entire lives in the US and know nothing else,” Robertson said. “So, despite the fact they are Khmer, these deportations are like sending them to a strange land.”

The deportees were effectively being doubly punished, he said. “First with imprisonment, and then involuntary exile for the rest of their life, separated from their families and everything they have known in their lives.”