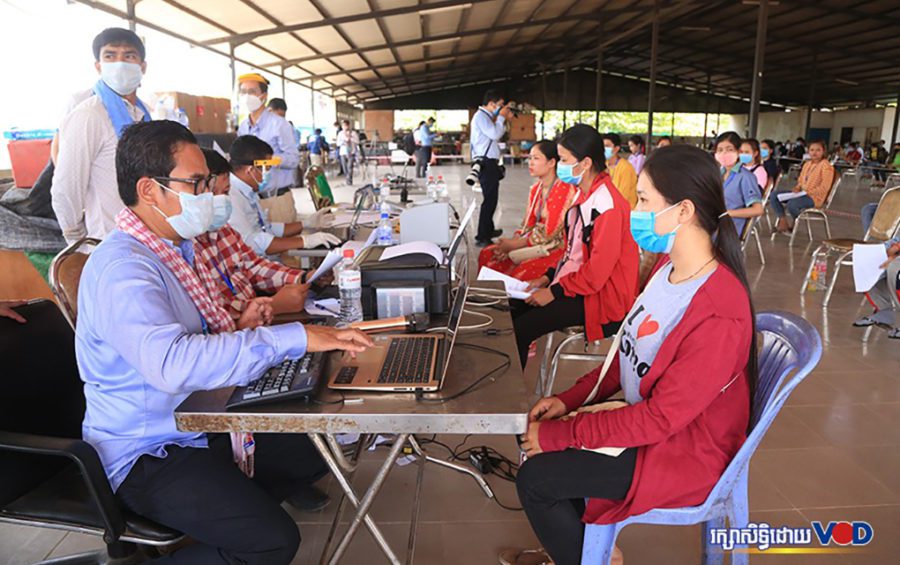 Workers who had missed work over the Khmer New Year holiday attend a health clinic in the Phnom Penh Special Economic Zone on April 20, 2020. (Chorn Chanren/VOD)

Factories should not require vaccinations for employees to return to work, Prime Minister Hun Sen and the Labor Ministry said over the weekend, reversing an earlier proposal that had led to protests among workers seeking quicker vaccinations.

Government authorities also extended the ban on alcohol sales for two weeks and canceled three months of water bills at 870 worker and student accommodations in red zones, while the World Health Organization granted emergency approval for the China-made Sinopharm vaccine.

As Cambodia’s total coronavirus count nears 20,000 amid an ongoing outbreak, Phnom Penh’s factory workers have been among the worst-hit, and targeted lockdowns continue to affect several worker communities in the capital.

Without work, some initially protested for food aid, before restrictions were lifted last week for most parts of the city, allowing many to return to work.

But others in restricted red zones protested to be given vaccines so they could go back to their jobs more quickly.

On Saturday, the Labor Ministry issued a statement saying factories should not link eligibility to return with vaccinations. Ministry officials encouraged workers to send information through Telegram if any factory was requiring vaccinations, saying its officials would quickly investigate.

The ministry also ordered factories to pay workers 50 percent of their April wages, and look for ways to transfer the payments to workers living in orange and red zones.

The statement came as Hun Sen issued an audio message that was shared on his Facebook page as well as by some government-friendly media outlets.

“Using vaccination to determine job employment is an injustice for those who have not been vaccinated,” the prime minister said, noting last week’s protests outside village chiefs’ homes.

However, he added that people should not avoid getting vaccinated, since it could lead to unemployment down the road.

“Once we have vaccinated enough people, we will be able to see that those who have not vaccinated will be lonely and unemployed,” he said.

Cambodia has obtained three types of vaccines so far: China-made Sinopharm and Sinovac, and Oxford-AstraZeneca’s Covishield.

After months of delays, on Friday the World Health Organization finally announced its approval decision for Sinopharm, saying it had validated the vaccine’s safety, efficacy and quality, and it had “the potential to rapidly accelerate Covid-19 vaccine access for countries seeking to protect health workers and populations at risk.”

The AstraZeneca vaccine was already approved, while the WHO has yet to make a decision on Sinovac.

Meanwhile, Phnom Penh City Hall announced on Friday that its ban on alcohol sales would continue for two more weeks until May 22.

“Any individual that continues to sell, distribute and traffic all kinds of alcoholic drinks during this ban will be punished as stated in the Covid-19 Law,” City Hall said in a statement, and ordered the capital’s 14 district authorities to inspect markets and other businesses.

On Saturday, the Phnom Penh Autonomous Water Authority also issued a statement that it would cover water bills for March, April and May for workers and students renting rooms in 870 locations registered with the authority in Phnom Penh and Takhmao city’s red zones.

Sim Soeun, a construction worker, in Pur Senchey district’s Choam Chao I commune, said that as of Sunday he had been living in a red zone for 29 days.

He said he was pleased to not have to pay his water bill. “Every day, I have problems with food shortage, funds and unemployment because I’m banned from leaving. I am in the red zone.”

Correction: An earlier version of this article said the Labor Ministry ordered factories to pay 50 percent of April bonuses, rather than wages. 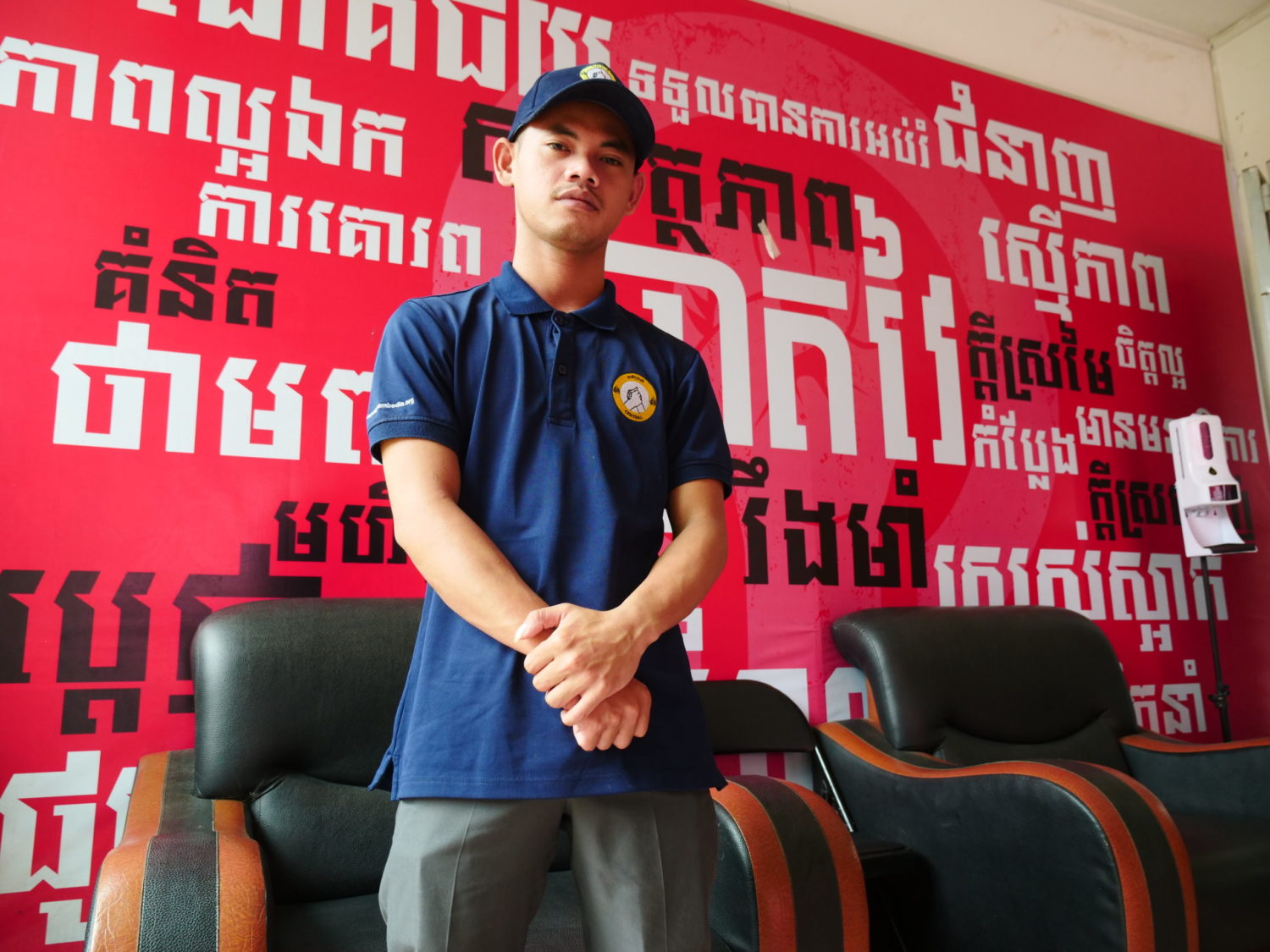