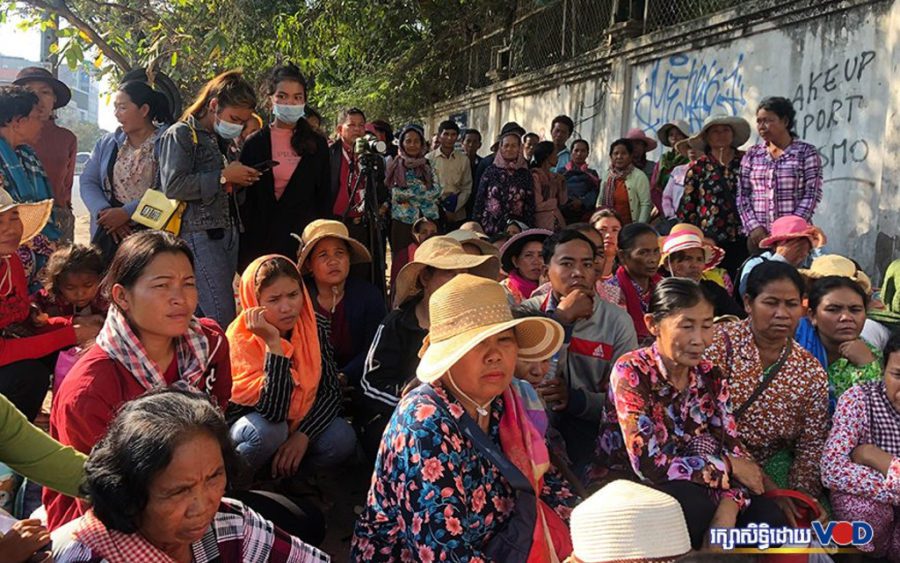 The Ministry of Land Management on Thursday denied requests to intervene in a Koh Kong sugar land dispute following villagers’ protests that foreign firms had failed to provide promised compensation for their evictions.

On Wednesday, more than 100 villagers, representing about 200 families in Chi Khor Leu commune in Sre Ambel district, gathered in front of the Ministry of Land Management. They urged minister Chea Sophara to intervene as they claimed London-based buyer company Tate & Lyle Sugars had promised to compensate them $6,000 per family.

Eang Vuthy, director of land rights organization Equitable Cambodia, which works on the case, confirmed that there had been a settlement agreement, but declined to specify the amount due to confidentiality issues. “The agreement was signed 4-5 years ago between the 200 households, KSL and Tate&Lyle,” he told VOD in a message.

The ministry said in a notice on Wednesday that it could not intervene in the case as it concerned a contract dispute, and asked the villagers’ representatives to file a legal complaint instead.

Representative Im Sokhorn expressed her disappointment over the ministry’s decision. She said she had to consult with the villagers before deciding on future steps.

Teng Kao, another representative, said 200 families from four villages in Chi Khor Leu commune had been involved in a land dispute with KSL over its economic land concessions. He said the concessions, which spanned about 20,000 hectares, affected more than 1,000 hectares of farm- and village land owned by villagers.

“Our people are suffering. Our children had to quit their studies and they had to migrate to Thailand and Phnom Penh because our families have large debts with the bank,” Kao said on Wednesday.

He said the Ministry of Land Management had allocated more than 300 hectares of land for 200 families in 2018 as compensation. The villagers had received the land but not the monetary compensation that was earlier promised, he said.

“We will find the means to protest more. We will hold a press conference to show the world and to put pressure on the Tate & Lyle company, because the company promised to compensate us. But why, so far, they have not compensated us?” he said.

The protesters also submitted a petition to the E.U. at the beginning of June. The European Union did not respond to requests for comment on Thursday.