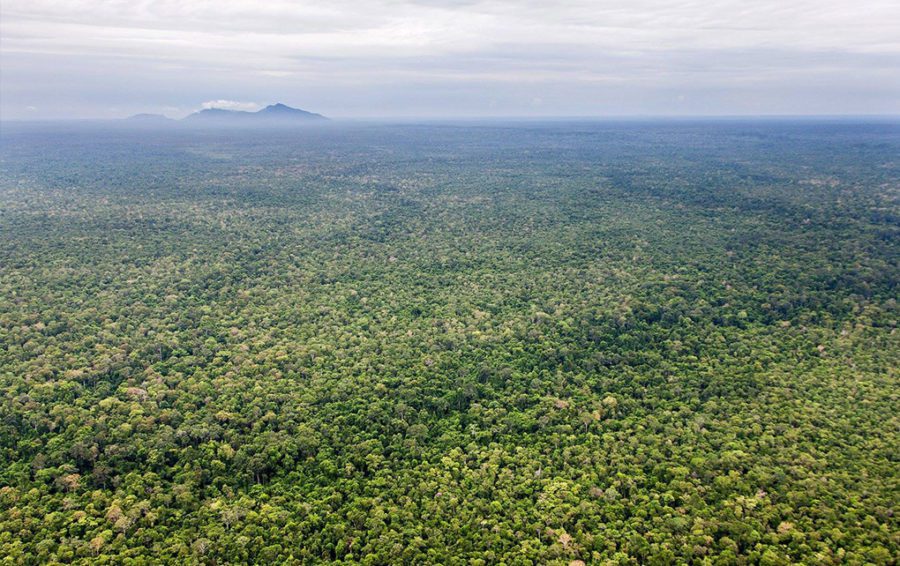 About 30 villagers wielded axes and machetes as they tore down a forestry patrol shed in Oddar Meanchey province, locals say, sparking accusations of corruption and timber trafficking from a prominent monk’s environmentalist coalition.

Two forest conservation communities have been working to patrol more than 30,000 hectares of community forest in Samraong City for a decade, but tensions with local villagers came to a head this month when villagers retaliated for a military ranger allegedly shooting into the ground to try to control unruly residents.

One of the forest patrol communities, Rattanak Rokha, last week filed a complaint over the incident to the provincial hall, accusing two villagers of inciting a mob.

Soung Vourng, deputy chief of the community’s committee, said the two identified villagers, Yib Nhoy and Chhoam Nuon, were known timber traffickers, and led the group of 30 to destroy the shed on October 3.

“They came in aggressively with axes and machetes,” Vourng said.

The community forest area had two villages inside its boundaries, and most of their residents were involved in illegal logging and the clearing of protected forest, he said.

Forestry community adviser Sok Soeuth said more villagers used to participate in the patrols, but over time the work became corrupt and poorly managed. Leaders would ignore forestry crimes happening in their own areas, and many people lost trust, though it has improved slightly as some villagers rejoined, Soeuth said.

Soeuth said that recently a youth gang had been provoking military rangers stationed at the forest patrol post, driving loud motorbikes around at midnight. The soldiers stopped the gang, and fired a warning shot amid questioning, he said.

Bak Noem deputy village chief Sary Din said people were pushed to action by the shooting. They were already resentful of the soldiers for regularly stopping and questioning local residents, he said.

“If it’s just stopping, [we] can talk with each other. But when there’s shooting — the villagers are not happy,” Din said.

He denied that the village’s more than 1,000 residents, including Nhoy and Nuon, were involved in illegal logging.

Din added that the problem was the soldiers, not forestry patrols more generally. The villagers targeted only the shed used for military equipment — they would have torn down environmental officers’ huts too if it was about logging, he said.

The use of armed officers in forest patrols has been at times controversial, and even deadly.

Bun Salouth, a monk who is the president of the second forest patrol community, Sang Rokha Voan, as well as the coalition between the two, told VOD that he had asked for 20 soldiers and 20 police officers to be stationed at the communities’ patrol posts.

He had seen more trapping and killing of endangered animals in the months leading up to August than any other time in his 20 years of conservation work, Salouth said.

He wanted the officers and soldiers there because the posts were also along timber trafficking routes, and he didn’t want any crime happening in the area, he said.

“Based on my conclusion, it is timber trafficking that caused the issue leading to the removal of the shelter,” Salouth said.

Without the monks, soldiers, police and environmental officers, the forest and its wild animals would not last long, he said.