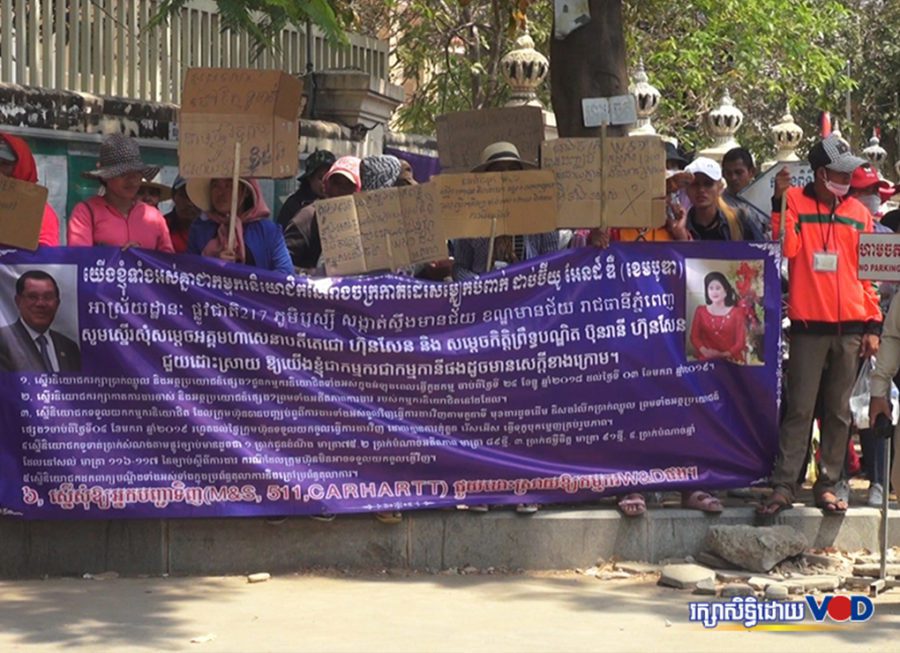 In a dispute over seniority payments, more than 1,000 workers were fired in January for striking at the Taiwanese-owned Marks & Spencer supplier. About 2,000 workers had gone on strike in December over unpaid seniority bonuses.

Hun Sen had called the workers’ demands “illegal”. After the demands were dropped, though, he publicly demanded on March 25 that officials and the factory owners work to rehire the sacked workers. W&D at first called on the government to compensate lost earnings but in a March 27 notice asked the workers to return.

Factory worker Chea Sokha told VOD that most of the workers had returned on Friday but there were some who were still away for personal reasons.

“No less than 900 workers came back to work today,” Sokha said. “We asked the factory to give [the others] at least a week so they can all return.”

The factory said it would not pay wages for the three months the workers had been kept away, and also demanded that they obey management and factory policies.