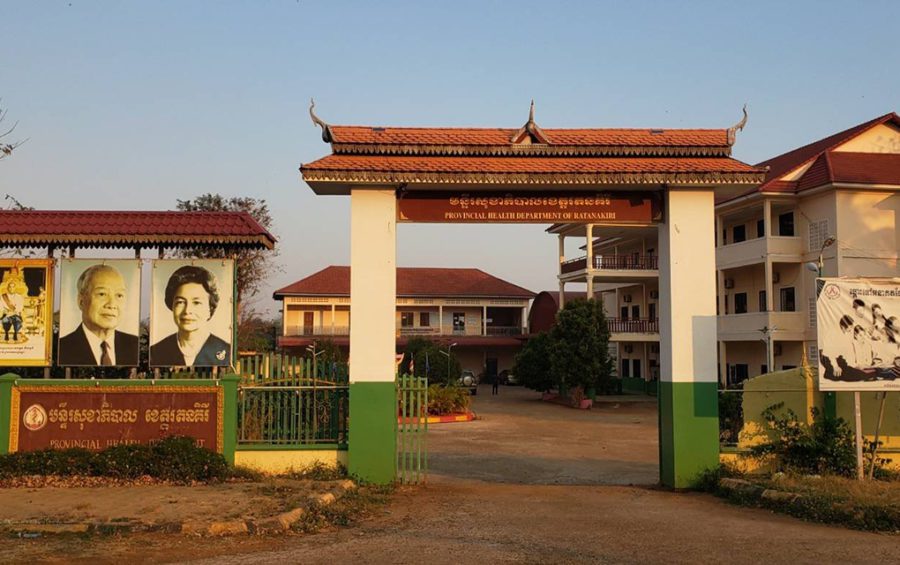 A Banlung city deputy police chief says some people who made donations of bottled water were allowed to skip Covid-19 vaccination lines, but a woman who made a Facebook post about the practice “impacted” police and needed to be summoned and educated.

Sam Pisey, a 32-year-old teacher in Ratanakiri province, was summoned to the city police station on Saturday for “mocking and insulting public officials” carrying out Covid-19 prevention work, according to the city police on Facebook.

Pisey was questioned, admitted her mistake, signed an agreement to post a public apology on Facebook, and was allowed to go home, they say.

Me: Uncle, why can they get the injection before us?

Uncle: Because I do not have water to drink.

You are so thirsty and you said you are a good person.

“This impacted authorities in the vaccination area, and I would like to apologize publicly to them for my posing that, impacting their feelings and the dignity of authorities at all levels,” Pisey said in her Facebook apology. “I truly apologize,” she said, though she added that a video of the vaccination area circulated online was not taken by her.

The agreement she signed with police, meanwhile, says she will “completely stop social media posts that impact the honor and dignity of public authorities and other people.”

Banlung city deputy police chief Teng Savuth said police had called Pisey into the station because they wanted to understand her perspective.

“We didn’t know what made her angry with our authorities to post the comment. We have seen her post impact us … so we summoned her to clarify it and what had made her angry. She said that she was mad from waiting for the vaccine for so long,” Savuth said.

She had been referring to people who donated five or six cases of bottled water to the officials organizing vaccinations at the site, including police and doctors, he said.

“They brought the water to donate and they also needed to get vaccines too … so we compromised with one or two people to get earlier vaccines … because they donated. It is not only us who made the decision, but also the doctors too,” Savuth said.

Banlung city police have been active on Facebook since the incident, replying to some commenters. One questioned whether she had written the apology herself, and another why police had shown the schoolteacher’s face online when it routinely pixelates drug suspects’ pictures.

“Please do not act as a court on social media. She made a contract and thumb-printed it without coercion,” police said in one reply.