Workers Left Without Food or Money After Being Fired for Striking 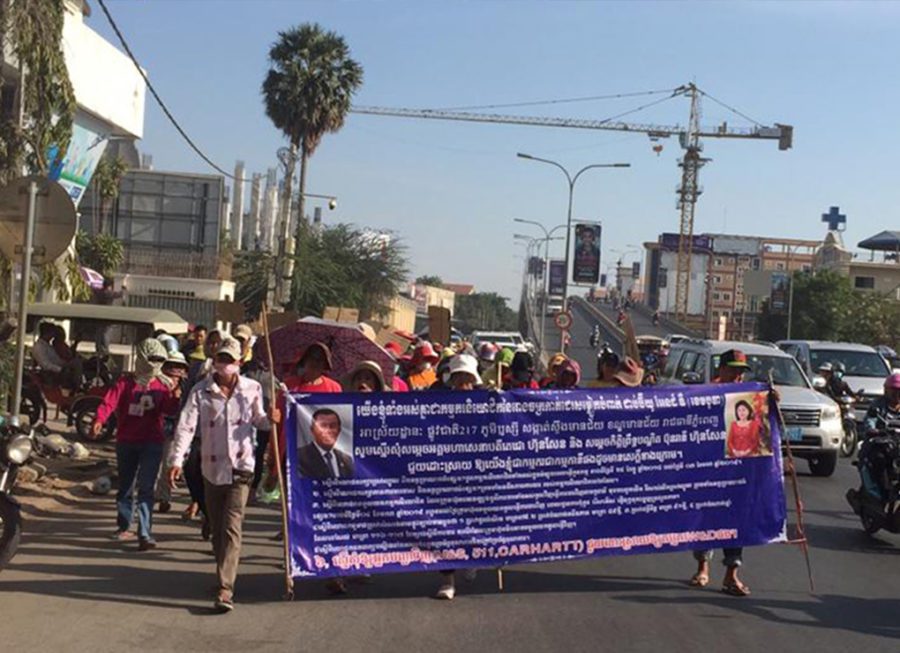 Workers at Phnom Penh’s W&D garment factory, which has been imperiled in an industrial dispute since December, say the factory’s owners have failed to respect public promises to reinstate striking workers, leaving them without any money to pay for food or rent.

Nearly 2,000 W&D workers started protests late last year demanding that the factory owner pay seniority bonuses they said they were entitled to. The factory, which is located in the city’s Meanchey district, responded by firing more than 1,000 of the workers, accusing them of failing to follow a court injunction to end their strike.

The factory later said it would reinstate most of the workers. However, Sao Dara, who moved to work at the factory from his home in  Prey Veng province, said that the owner had fired him from work for more than two months already and had refused to re-hire him. He had also not received any of the severance pay he was due, he said.

“Before, I worked and got money and sent it to my family to pay bank debts — when time to pay came, I sent it. I just kept a little bit for food. Sometimes I had no money,” Dara said. “Sometimes [now], if I have money, I will eat — and other times, if I have no money, I will not eat for a day and this makes me feel dizzy.”

He said many other workers were in the same position, unable to pay for their rent or food or send money back to their families.

Nhor Chheng Lang, his landlady, said she had rented a room to Dara for $25 per month for the past five years. As he was a  “gentle” and honest person and never caused any difficulty in paying his rent she said, she had not yet asked him to leave due to missed payments.

“I have not decided how much to charge him yet because he does not have job and I just let him stay here temporarily because his factory has problem,” Chheng Lang said, adding it was still not a case of charity. “Wait till he gets a job, then we will think what is next.”

Pav Sina, the president of the Collective Union of Movement of Workers, one of the largest independent workers unions in the country, said that he believed that only intervention from the government could now solve the industrial dispute embroiling the W&D factory.

“The [union] leaders have already informed the Labor Ministry to do whatever it takes to reinstate the workers,” Sina said.

“Only the state institutions have enough pressure in imposing conditions on employers, with two options: [reinstate workers, or] if they do not reinstate workers, they must settle the remuneration for them according to the law so they can solve their livelihood issues.”

On March 5, hundreds of W&D’s workers again marched from their factory to seek an intervention from Prime Minister Hun Sen. A representative accepted their petition and promised to make a report to government leaders but there has yet been no public response.