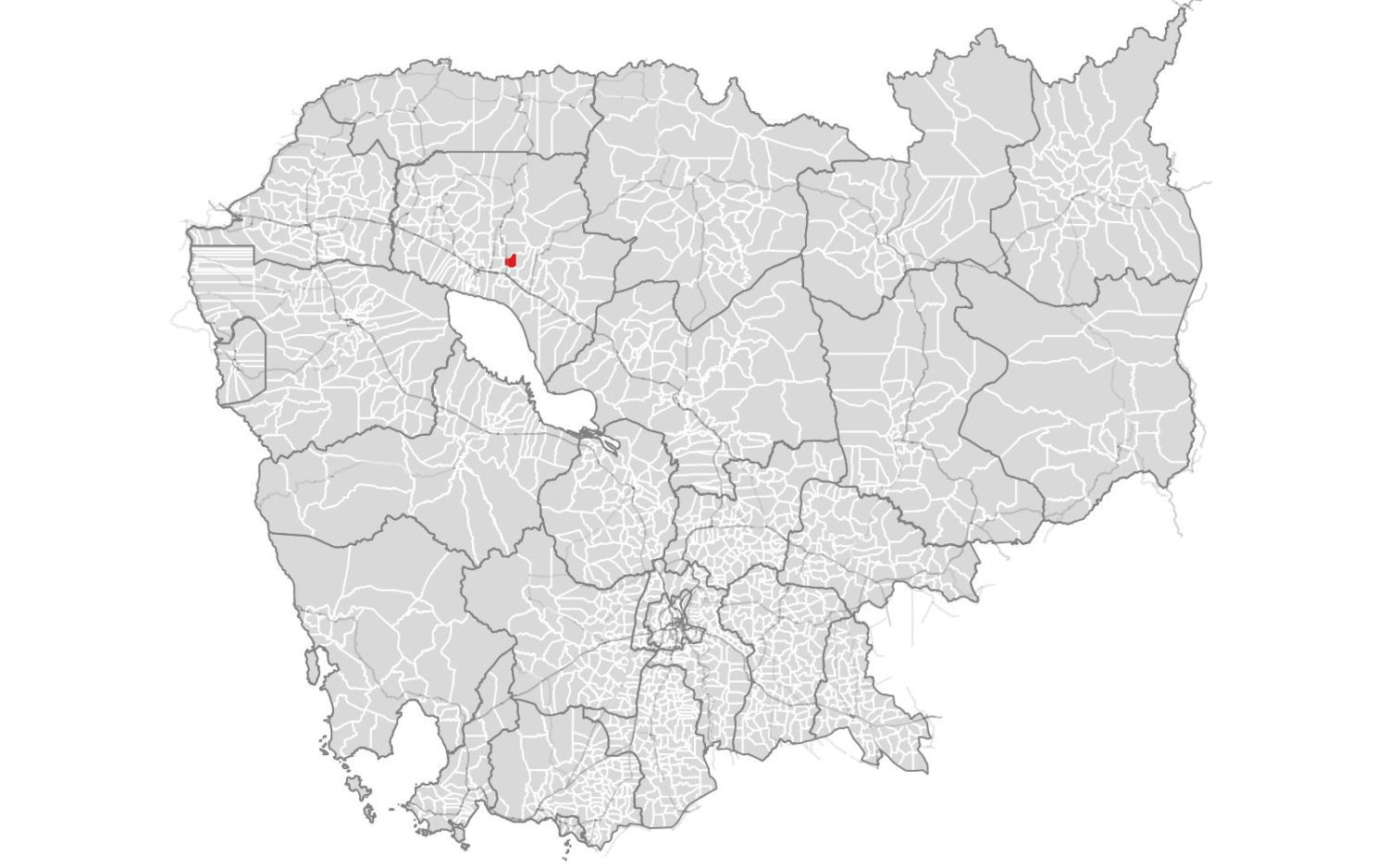 BALAING COMMUNE, Siem Reap province — A campaign promise from one of Cambodia’s minor opposition parties is bringing the issue of early childhood education onto the ballot.

Khmer Will Party president Kong Monika previously told VOD that, if elected, his party would prioritize the construction of kindergartens across the country.

“We focus on the education sector at the basic level,” Monika said in an interview. “The goal of the Khmer Will Party is that if we are elected as a commune chief in any commune, we will create one kindergarten, meaning one commune with one kindergarten.”

According to the National Election Committee, the party is fielding candidates in 10 provinces. Khmer Will was initially set to contest 65 communes of the nation’s 1,652, but ended up with 58 confirmed registrations, including the election commission’s ruling to outright eject its candidates from the election in three Phnom Penh communes.

Balaing is one of the remaining comunes the party is now contesting. Located just outside Siem Reap city, the commune mostly consists of a quiet stretch of countryside on the northern edge of the large Prasat Bakorng district. On an afternoon last week, VOD reporters met with commune candidates from Khmer Will and the ruling CPP to hear what they thought of the kindergarten campaign promise and local governance as a whole.

Ol Somon, the Khmer Will candidate for commune chief, said the kindergarten promise could result in better access for children in rural communities who live far away from current schools.

In Cambodia, kindergarten programs may be funded either on a local level — through commune councils and donors — or as part of the national system under the Ministry of Education. The Khmer Will promise focuses mainly on the first category.

Somon was previously a CPP commune council member in 2012 but gave up his seat to become the chief of Prum Kod village from 2013 until last year.

There are two community kindergartens in Balaing that receive support from the commune council and chief, according to Somon, with a third in the works. Besides those, and possibly undermining the promise of Khmer Will, there are already seven state-funded kindergartens in the commune.

Still, Somon said there are many young children in the commune and not enough capacity in existing kindergarten programs. He added that plans to build more would need support from donors and civil society organizations.

“We want to build community kindergartens in each village because some villagers who have small children cannot go to study far away from their homes. We can help them go to school near their homes,” Somon said. “Where my party sees there are shortages, we will act.”

Somon’s political journey took many stops before reaching Khmer Will. He began as a follower of Sam Rainsy’s Khmer Nation Party in 1995 before moving to the royalist Funcinpec and then to the CNRP and later CPP. He said Khmer Will appealed to him because of the comparative youth of its president, Monika, and what he saw as a fresh approach to politics.

“I see it when [Monika] goes somewhere to get information to tell the minister. I see it is effective in other parties too, but not like with him,” Somon said of his party’s president, who he described as unafraid to face problems.

Somon also believed Khmer Will’s policies would be competitive against other parties in the election.

“My party is one party that always shows [action],” he said. “Other parties, I see there are a lot of people supporting, but I didn’t see [the parties] show their faces.”

CPP commune chief candidate Lam Nat said she also thought building kindergartens was a good idea. However, she said the promise from Khmer Will was nothing new, as the commune leadership under her party had already been focused on building community kindergartens to make up for the lack of enough state kindergartens.

“We practice following the ‘steps of the toad,’” Nat said, referring to a campaign of gradual progress in building kindergarten facilities. “We don’t have enough to build it all at one time, so you know from year to year and from mandate to mandate.”

Commune chief Bou Noem, of the CPP, also said his party and Khmer Will have endorsed the same policy of improving education for young children.

“Our goal of CPP was to do it step by step in each school until we have nearly enough schools for children,” Noem said. “We are still looking to build commune kindergartens and we look for remote locations. If in some villages there are more small children and their houses are far away, we will push to build a kindergarten or community kindergarten there.”

Men Siha, a villager in Prum Kod village of Balaing commune, told VOD reporters that leadership from either Khmer Will or CPP can be good depending on their capacity to lead the commune.

“We cannot judge who is weak or strong, but it depends on their ability because most of them are full of capacity to lead,” Siha said. “But I think women leadership can be strong. It is what I have seen.”

Siha said that if Khmer Will promises to build more kindergartens, it will be good for his commune. He said he won’t discriminate against any parties in the election, as they still have a shared goal of developing the community.

Chhem Ra, who said she had a grandson studying in a commune kindergarten in Prum Kod village, was happy with Khmer Will’s promise. She told VOD it could be a way for small children to gain knowledge before they go directly to primary school.

“It is important because it helps my child before they go to study in primary school, it is easy because it is near my house. We don’t take time to bring them to school when we don’t have kindergarten. It is difficult and we worry about their safety when they leave home.”

Candlelight Party candidate Sok Sorita said he didn’t oppose the kindergarten idea, saying it was a good project. Sorita said his party also had a policy to promote education, but he didn’t provide any details about it.

“I don’t argue with other parties — they have their own intentions,” he said. “My party has a different policy. I haven’t focused on others; I’m only focused on my party.”

“There are some roads that were damaged and are dusty, some houses along the road are covered by dust and students who travel to school still have difficulty because of this road.”

Leng Sombo, a teacher in the community kindergarten, said early childhood education is important enough for each village to have its own kindergarten option for students who live far from schools. Sombo appreciated that her commune has a kindergarten at all, comparing the current educational landscape to her own childhood.

“We didn’t have school, we studied under villagers’ houses,” remembered Sombo, 36. “We moved from one house to other houses after we had support from the commune chief or some donors. They had found a place for us, but we still didn’t have modern things to use like state kindergartens.”