10 Drivers Arrested Trying to Smuggle People Out of Preah Sihanouk 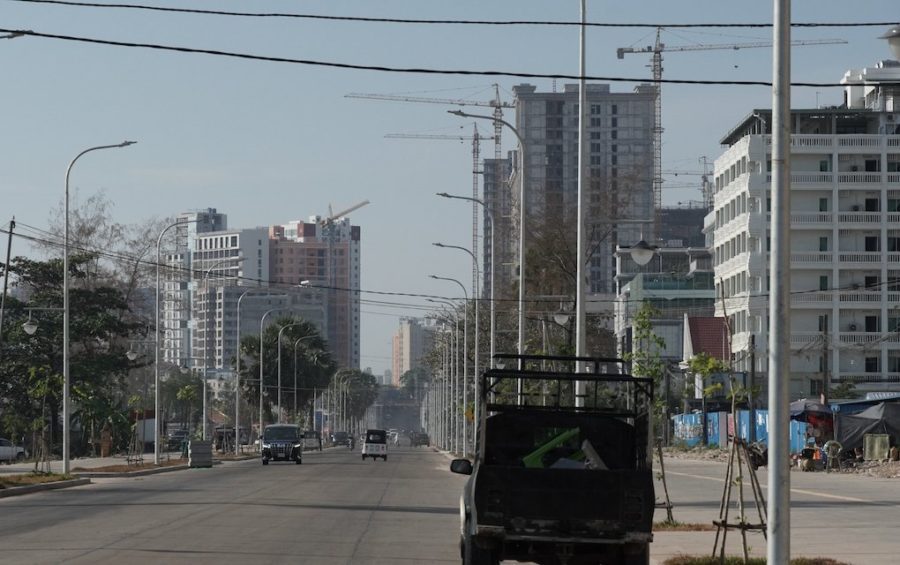 At least 10 taxi and truck drivers have been detained by Sihanoukville authorities while trying to smuggle people out of Preah Sihanouk province in violation of a Covid-19 government travel ban, the provincial administration said.

Preah Sihanouk provincial administration spokesperson Kheang Phearum said on Thursday that four of the 10 drivers would be fined 10 to 50 million riel, or about $2,500 to $12,500, under a recent sub-decree on quarantine violations. The others were still being questioned by district authorities, he said.

Among the cases are a cement truck driver, Teang Phanny, 39, who was allegedly trying to take a casino employee to Kampot province; three taxi drivers with four to five passengers trying to bypass the main road out of the province to Phnom Penh; and a taxi driver who allegedly confessed to taking $300 to smuggle a Chinese woman out of Sihanoukville.

Phearum said others had taken $30 to $40 per passenger.

“If we think about the amount of money, we should not do this at all,” he said. “If the person we are trying to transport has Covid-19 and infects other people, who do not know anything, how tragic would it be?”

Prime Minister Hun Sen last week ordered all passenger traffic in and out of Preah Sihanouk to be blocked amid the latest coronavirus outbreak. As of Thursday, the province had 116 Covid-19 patients out of 564 active cases in the country, according to Health Ministry reports.

Cheap Sotheary, Preah Sihanouk coordinator for human rights group Adhoc, said the smuggling could point to the struggles of taxi drivers to maintain their livelihoods.

Sihanoukville was already reeling from the pandemic-induced tourism downturn before the latest outbreak.

Man Who Edited S-21 Photos Slammed: ‘Why Change the History?’

Ahead of New Year, Phnom Penh Bans Sale of Alcohol for 14 Days