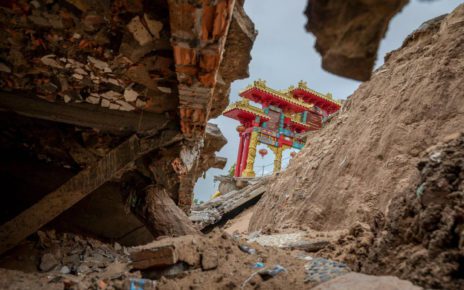 Riverbanks at a stream near the Bassac river in Takhmao city collapsed over the weekend, damaging a Khmer-Chinese temple and pavement near the provincial city hall. 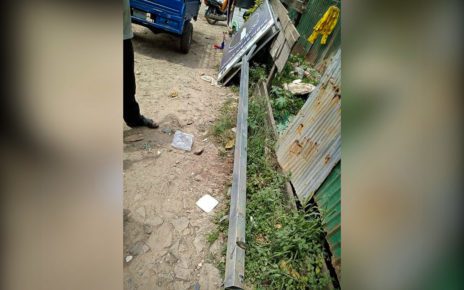 The Candlelight Party has accused a Russei Keo commune chief of tearing down a party banner in the capital, with the officials claiming the billboard was erected on state land. Separately, the Candlelight Party’s provincial head in Pailin received a second court summons for incitement — part of two cases being pursued against him since last month. 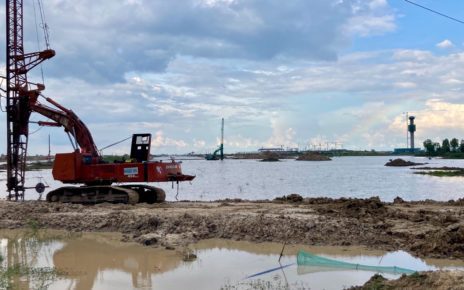 Deputy Prime Minister Men Sam An has issued a letter to the Kandal governor telling him to look into the situations of 121 families contesting the development of Phnom Penh’s new airport, settle their dispute, and report back. 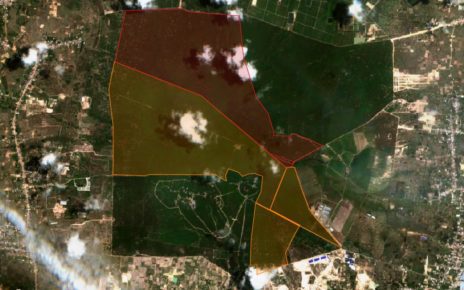 The potential scope of the destruction of the forest, home to a wildlife rescue center and endangered animals, was not previously disclosed.

Keat Soriththeavy May 10, 1:08 pm
Latest news
With Three Weeks to Go, Candlelight Commits to Contesting Election
May 16, 3:40 pm
Letter: Overseas Voting Can Be Introduced Without Postal Ballots
May 16, 1:41 pm
Roar on the River: A Torrent of Sand Shores Up City’s Rise
May 16, 11:04 am
Falling Death at Senator’s Border Casino
May 13, 8:10 pm
Cambodian Bride Trafficking to China Is Rising: Report
May 13, 7:44 pm
NEC Gives Thumbs-Up for Indelible Ink
May 13, 6:45 pm
Most Popular