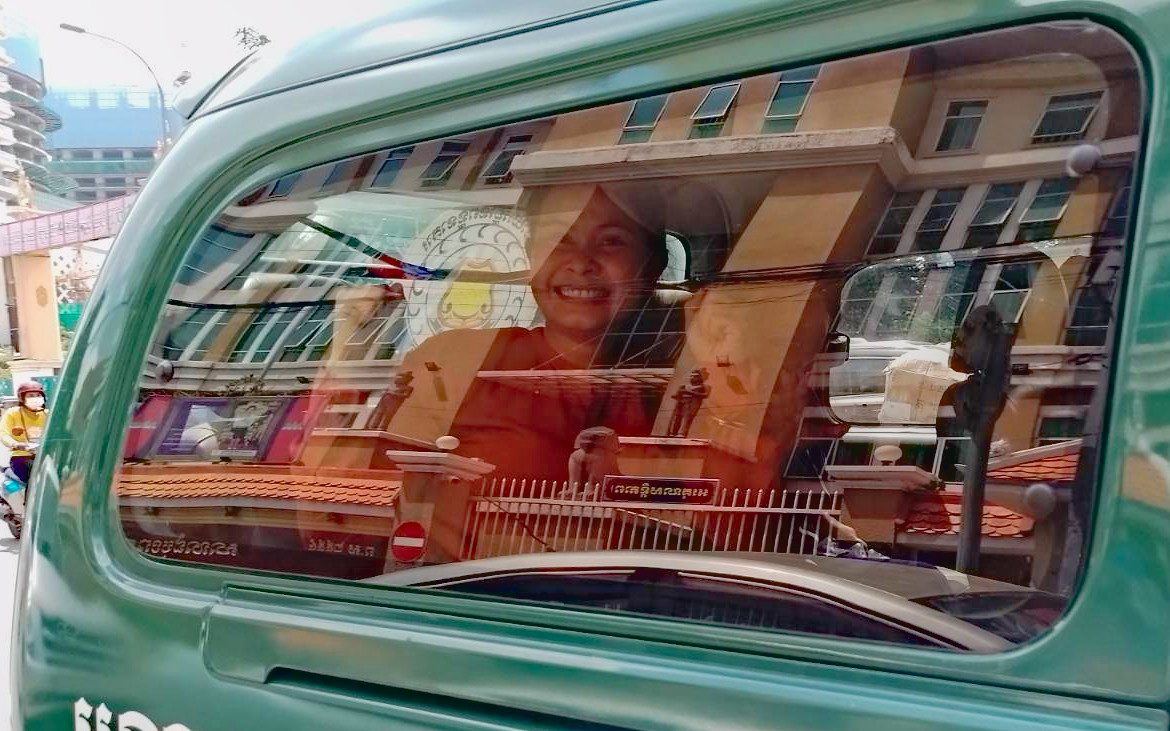 A former CNRP commune chief and a Cambodian worker from Thailand were tried for comments they made on Facebook allegedly criticizing the government and king.

Lanh Thavry, a former CNRP commune chief, was extradited from Thailand in November 2021, after leaving the country in 2017 following the dissolution of the CNRP. She is charged with incitement alongside other CNRP officials — Morn Phalla, Men Sothavarin, Long Ry, Mounh Sarath and Kim Tola. Several of the others are still abroad.

Judge Khun Sona read out excerpts from posts Thavry made on Facebook, with the charges relating to social media posts from 2018.

Thavry called on the Cambodian people to fight for change against the “Hun Sen dictatorship,” in a post from September 2018.  She posted in April 2019 that a “former member of the Khmer Rouge cadre was continuing the massacre against innocent people … since April 17, 1975,” a thinly-veiled reference to the prime minister.

Thavry accepted that she had made the posts but had no intention to incite people.

“I did not know my posts would result in serious punishment like this. I just wanted to help people,”  she said, adding that the posts were her own and no one made her publish them.

She said the posts were a result of anger linked to dissolution of the CNRP.

“I was angry because we did not do anything wrong but were dissolved,” she said.

The court did not clarify if the second defendant in court, Mich Heang, who used to work in Thailand, had been extradited. Sam Sokong, who defended both of them in court, too was unsure and said it was likely Heang was arrested around the same time as Thavry in Thailand.

Heang was also facing an incitement charge, along with insulting the king. Judge Sona read a post from September 2019 where Heang compared King Norodom Sihamoni to late Norodom Sihanouk and said the former was not helping the people like the king father had in the past.

A December 2019 post had Heang accusing the king of signing a decree giving away Cambodian land to the “yuon,” a pejorative used for the Vietnamese and ethnic Vietnamese.

Judge Sona said Heang was mistaken in his posts and should have used other language that would not incite people. “If you are worried, you should write it in a different [way] and cannot write it to inspire people to get up and struggle,” he said.

Heang denied he was being inflammatory and was only expressing his opinions to better Cambodia.

“What I said was just my personal ideas. No one ordered me to do it,” he said.

Deputy prosecutor Muth Dara said the two accused had agreed they posted the messages on social media and that the court should uphold the charges.

Sokong said the two were only expressing themselves online and were only criticizing senior leaders. He added that Heang’s post about the two kings was not a criticism but only a comparison of their roles and a widely held opinion.

A verdict is expected on August 10.