Condemned Sihanoukville Trees to Be Blessed by Mother Nature 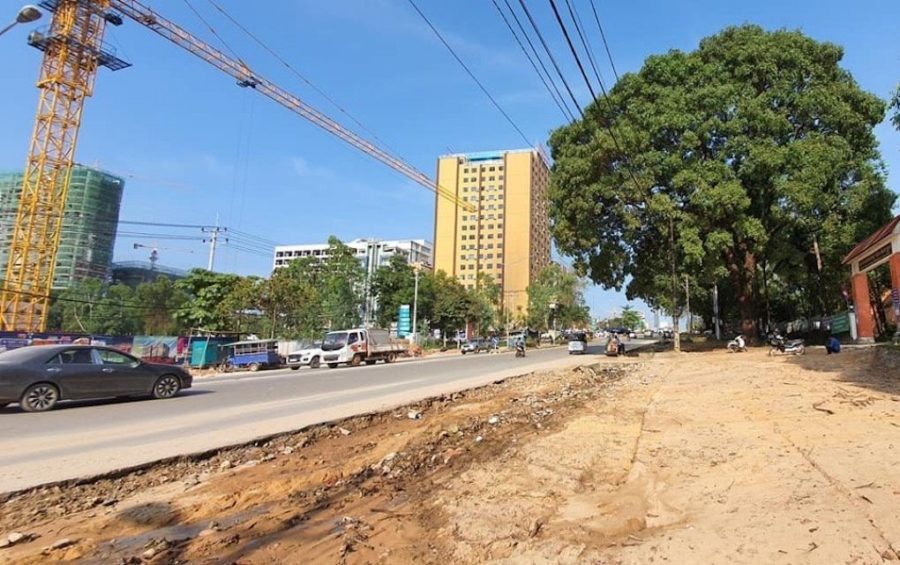 An environmental group plans to bless decades-old trees in Sihanoukville on Sunday in a bid to prevent them from being cut down to build a road.

Long Kunthea, an activist from Mother Nature, said the nine trees, in Bei commune, were thought to be from the Sangkum Reastr Niyum era from 1953 to 1970, when the late King Norodom Sihanouk ruled the country.

Provincial governor Kuoch Chamroeun had told residents that the trees would be cut down to build a road, Kunthea said.

“We are saddened and want to keep these trees for shade and the beauty of the city because we see that there are only high buildings and not many trees in Kampong Som,” she said, using another name for Preah Sihanouk province.

A blessing ceremony on Sunday would wrap orange cloth around the trees and mark them as sacred, she said.

Kheang Phearum, spokesman for the Preah Sihanouk Provincial Hall, said development always had some unavoidable impact on the surrounding environment, but the provincial government would do its best to preserve the best trees remaining in the city.

“What we can avoid, we will avoid. And if we cannot avoid it, we have to remove some and we will find other good trees to replant,” Phearum said.

However, he also asked that Mother Nature work together with local authorities and inform them of their plans to bless the trees.

Kunthea said her environmental group had attempted to call the provincial governor several times but had not submitted a written notice.

“We called him many times but when he picked up, he said he was busy,” she said. “We will try to contact him again.”

Last month, the provincial authorities announced that the coastal city had plans to construct 34 new roads with a total length of 84 km, three roundabouts and six bridges at a cost of $300 million.