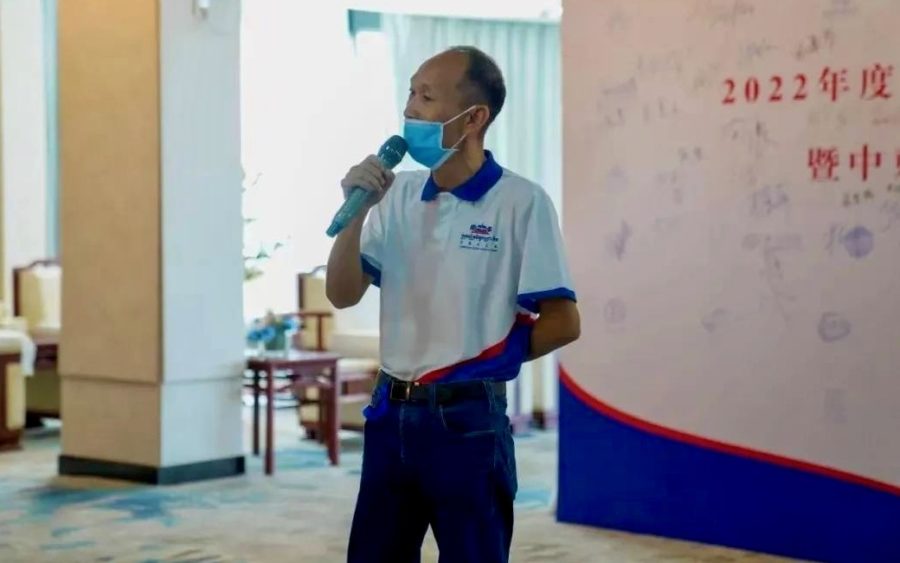 Two further charges were added against a Chinese man who has been working to rescue forced laborers, as the Preah Sihanouk Provincial Court sent the man and two others to the provincial prison for pretrial detention.

Accounts of torture, detention and forced labor have emerged from compounds in Sihanoukville and elsewhere linked to prominent businesspeople and politicians, as victims have spoken of being trafficked, held in debt bondage and being bought and sold between online scam operations. Some have spoken of gratitude for Chen Baorong, head of the Cambodia-China Charity Team, for helping them escape or recover.

Preah Sihanouk governor Kuoch Chamroeun, however, has said that one case, in which a victim alleged his blood was harvested after refusing to work, had caused him “headaches” and could hurt friendships.

On Thursday, provincial court spokesman Ly Chandara shared a document showing judges had charged four people including Li Ya Yuan Lun, 31, who had alleged the blood harvesting incident and remains in a Phnom Penh hospital.

Prosecutors earlier suggested provisional charges of incitement to discriminate and false declaration against the accused.

The court document showed that Chen was also charged with unlawful interference in the discharge of public functions and unlawful use of certificate of profession. No details were given into how Chen had allegedly violated the laws.

The unlawful interference charge, which is punishable by one to three years in jail, relates to interfering “in the discharge of a public function by performing an act reserved for the holder of this office.”

Unlawful use of a professional certificate is punishable by one month to one year in jail.

Chandara said the accused were sent to the provincial prison for pretrial detention.

Chen’s charity team comes under the China Commerce in Cambodia Association, whose chairman, Liu Leo, is a ministerial adviser to the National Assembly, according to a bio of him speaking at a conference in Dubai. The association hung up on a reporter when approached for comment this week.