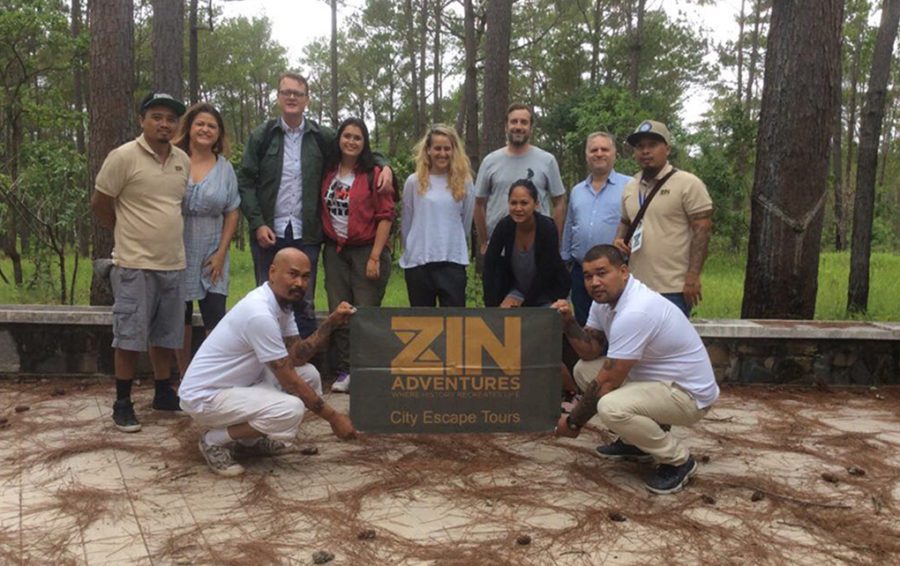 A group of Cambodian deportees from the U.S. has organized an online fundraiser to help 37 new arrivals.

“When I arrived, nobody came to welcome me such as to tell us ‘Don’t worry — I also experienced things like you. You have us with you,’” said Jimmy Hiem, one of five founders of social venture ZIN Adventures, a travel agency that seeks to help deportees as well as give back to the wider community. The company is one of the organizers of the fundraiser.

“So we started to think that we should not let it happen like this again for those who come in the future. We have to make them believe that there are people here who want to see them succeed.”

More than 700 Cambodians have been deported from the U.S. since a 2002 deal allowed felons to be sent to Cambodia following their jail terms — an arrangement criticized for doubly punishing the deportees and because many of them were born in Thai refugee camps and had never previously lived in Cambodia. Deportation, in many cases, has meant being severed from families and communities.

Hiem said his deportation three years ago forced him apart from his wife and children in the U.S.

“I never thought they would drive me out of the U.S. because I lived there since 1979. I had been there for more than 38 years, so I didn’t think they could drive me out,” he said.

His deportation had come 15 years after he was released from prison, he added.

“They knocked on my door at 4 a.m. and handcuffed me in front of my children and told me that I had to be sent back to Cambodia,” Heim said.

“At the time, I had been running a company for 12 years.”

The rate of deportations has risen rapidly during Donald Trump’s presidency. According to a report by the U.S. Immigration and Customs Enforcement (ICE), the U.S. deported 110 Cambodians in 2018, up from 29 in 2017.

The fundraiser for the latest group of refugees, who touched down in Phnom Penh on Thursday, has raised about $1,200 out of its goal of $5,000 so far. The campaign will continue until the target is reached.