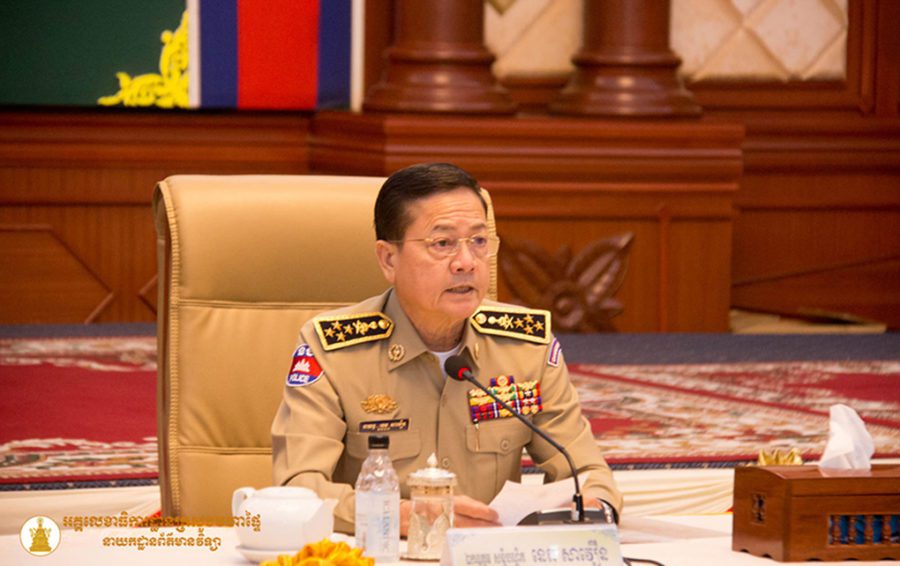 National Police chief Neth Savoeun issued a five-point plan on Thursday that he said would eliminate drug use and trafficking by the end of the year.

The five points, according to meeting minutes posted to the Interior Ministry website, are:

An Interior Ministry report released on Wednesday further said that Cambodian authorities were aiming to stamp out drugs being imported from the Golden Triangle, Africa, South America and Europe through land borders in the northeast as well as maritime ports.

Yong Kim Eng, president of the People’s Center for Development and Peace, said the national police was correct to focus on tackling drug abuse, which he said was spreading from the capital to remote rural areas.

But particular attention needed to be paid to corruption within the police force, which was enabling drug trafficking to proliferate, Kim Eng said.

“We know that the drug dealers are mostly rich, and money can easily sway people,” he said. “If they are involved with law enforcement officials, the crackdown will be very difficult.”

Affiliated Network for Social Accountability executive director San Chey said the goal to eliminate drugs by the end of the year was obviously unrealistic.

Nevertheless, authorities might make significant progress if they were willing to go after the country’s powerful men, Chey said, pointing to a raid earlier this year on Phnom Penh’s Rock Entertainment Center. The club was owned by Kith Theang, the brother of Kith Meng, one of the country’s top tycoons.

“The size of the crackdowns should be big and should be serious in order to make clear that no matter how much influence they have, if they are involved in drug crimes they will come under the power of the law,” Chey said.

The Interior Ministry has reported that in the first five months of the year it arrested more than 7,000 people, including 12 ringleaders and 52 of their associates, in 3,335 different cases. It confiscated more than 310 kg of an assortment of drugs, it said.