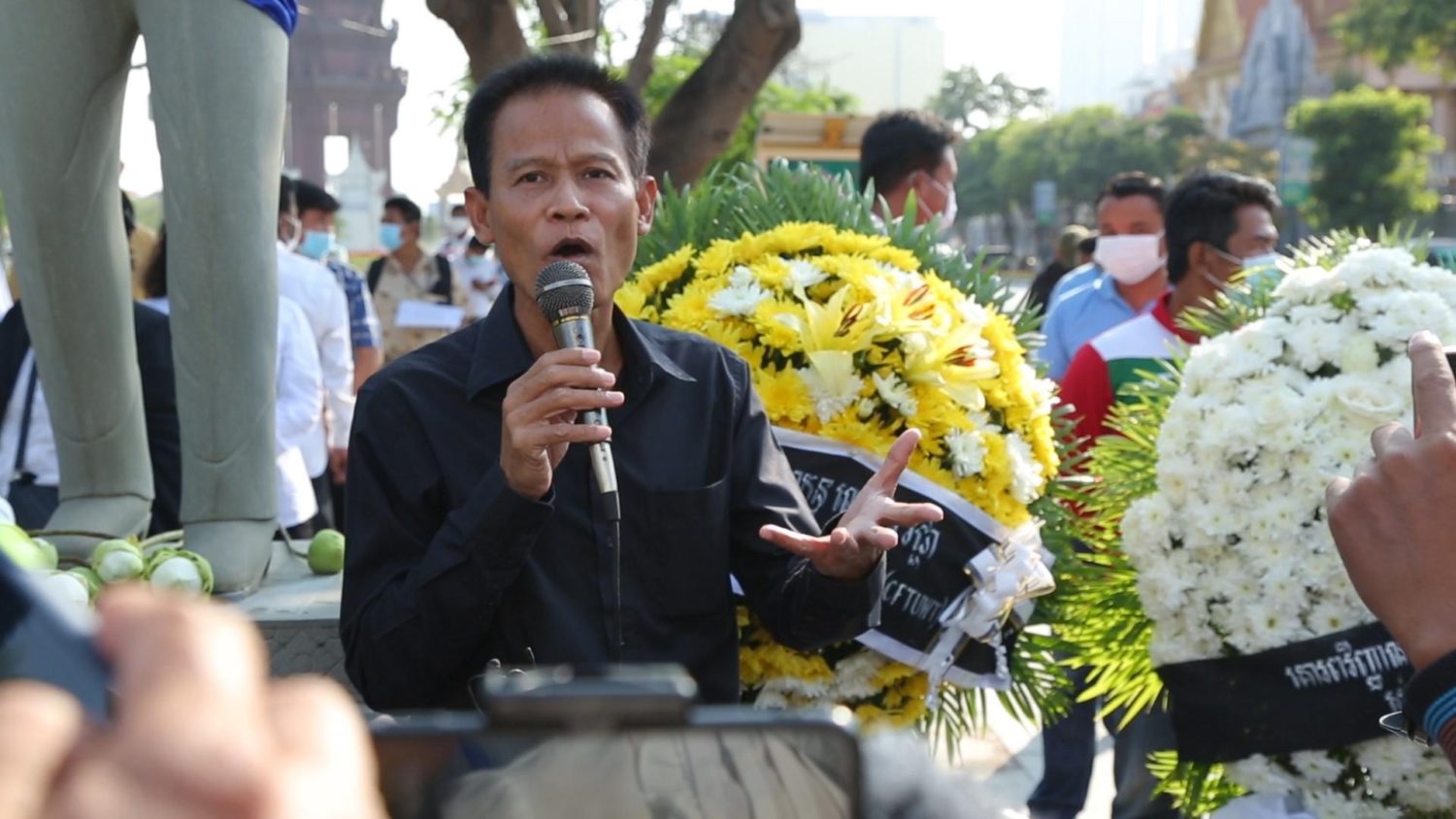 Chea Mony speaks at the 18th anniversary of the shooting of his brother Chea Vichea, in Phnom Penh on January 23, 2022. (Huy Ousa/VOD)

Former Free Trade Union president Chea Mony has thrown his support behind the Candlelight Party and wants the union movement to reengage with politics.

Mony, who is the brother of murdered union leader Chea Vichea, released a letter on Monday announcing his decision to join the Candlelight Party, which was formerly the Sam Rainsy Party. Vichea was a close ally of Sam Rainsy and lent support to the opposition leader’s eponymous party.

Mony said on Wednesday that he hoped members of the labor movement would support his decision and back the Candlelight Party, adding that his decision was reflective of grassroots opinions.

“It could be a message to former or current union leaders and activists to know that Mr. Chea Mony has participated in political work with the Candlelight Party. They will really support and participate with me,” he said.

The former union president said no other party had policies that appealed to him and that the Candlelight was closest to the party he supported previously, the CNRP. He denied having any aspirations of running for office in the 2023 national election.

“We have to gather together in order to change our society, to get rid of the culture of arbitrary persecution and their dictatorship power,” he said.

Thach Setha, vice president of the Candlelight Party, confirmed Mony’s entry into the party and said he hoped it would generate positivity toward the party among unionists and workers.

“He will clearly help a lot, since he was a former union leader,” Setha said.