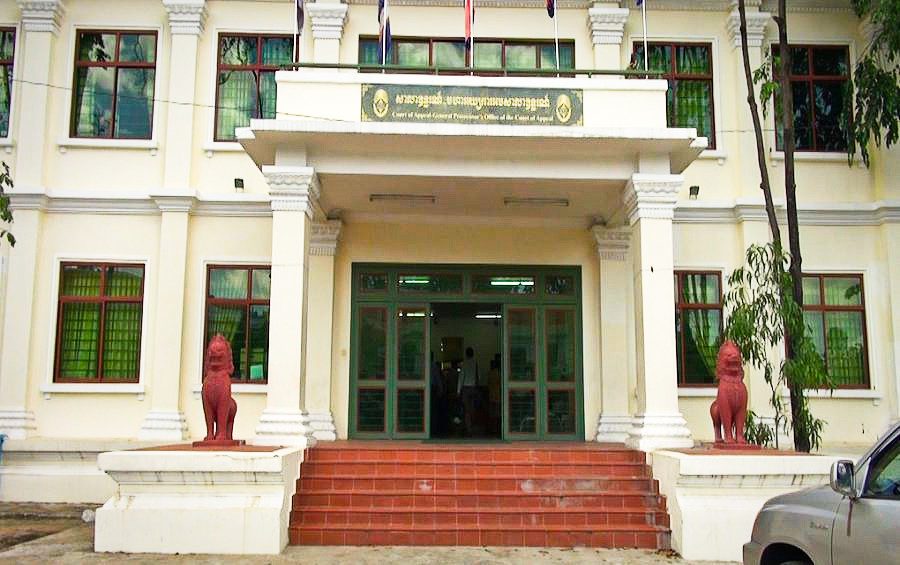 A team of five foreigners living in Cambodia used the fake website “canadiabank.com” to defraud a victim of tens of thousands of dollars at a time, the Appeal Court heard on Thursday.

A morning session at the court heard a range of cases from drugs and robbery to fraud ­— all of which were delayed as court officials searched for the key to the courthouse.

That was the explanation as presiding judge Nguon Ratana opened the session about 20 minutes after the scheduled 8 a.m. starting time, explaining officials had not immediately been able to find the key.

Proceedings also hit a snag with a rush to locate interpreters and prisoners, some of whom were brought from prisons in Tbong Khmum and Pursat provinces. Court officials also could not find the lawyers for some cases, leaving defendants alone and prompting clerks and others to get on their phones to track down the missing participants.

Judge Ratana asked everyone to be respectful of time as the delay could cause prison guards to have late lunches.

The fraud case heard on Thursday involved three foreign nationals who have been convicted by lower courts and sentenced to two years in prison and about $30,000 in fines per person plus $25,000 collectively.

The court heard that victim Pich Soriya had lost $60,000 by entering details on a fake website with the address “canadiabank.com,” which no longer connects. The actual web address for Canadia Bank is “canadiabank.com.kh”.

Kumar was arrested when visiting the real Canadia Bank to withdraw money, the court heard. But Kumar said on Thursday that the money was not stolen, but transferred from people wishing to buy “USDT.” The term was not explained in court, but appears to refer to cryptocurrency.

Maharof and Tai were separately arrested while also trying to withdraw money from a bank. They were also acting as brokers for USDT, not stealing money, they said.

Judge Ratana said money-laundering authorities had thoroughly investigated the case and had clear evidence about the fake website, and that they had taken money three times in  $20,000 increments.

The judge added that Kumar had not been clear about where the money came from and where it would go. Receiving money without a clear source was bad money, Ratana said.

Other cases heard on Thursday included an appeal against the 10-year prison sentence for Khan Sothea, 22, previously convicted for robbery with violence. Sothea, who did not have a lawyer, said he had been arrested as a 17-year-old and had since caused no trouble. The prosecution also supported reducing his sentence.

Another was a case of drug trafficking and money laundering against defendant Seng Choeurn, who has been sentenced to life in prison.

But the prisoner, detained in Tbong Khmum’s Correctional Center 3, did not appear in court on Thursday.

His lawyer Keo Vinmean nevertheless asked the judge to go ahead with the hearing since it had already been delayed many times, then agreed with the prosecutor to accept the lower court’s decision.